Flynn: Son of Crimson (Cloud, Console, and PC) ID@Xbox – September 15Available on day one with Xbox Game Pass: Flynn: Son of Crimson is a handcrafted 2D action platformer that will take players on a journey of discovery and conflict. Join Flynn and his mythical companion Dex to save Rosantica from The Scourge. Discover and master the power of Crimson Energy to stop the evil overlord Zealock! 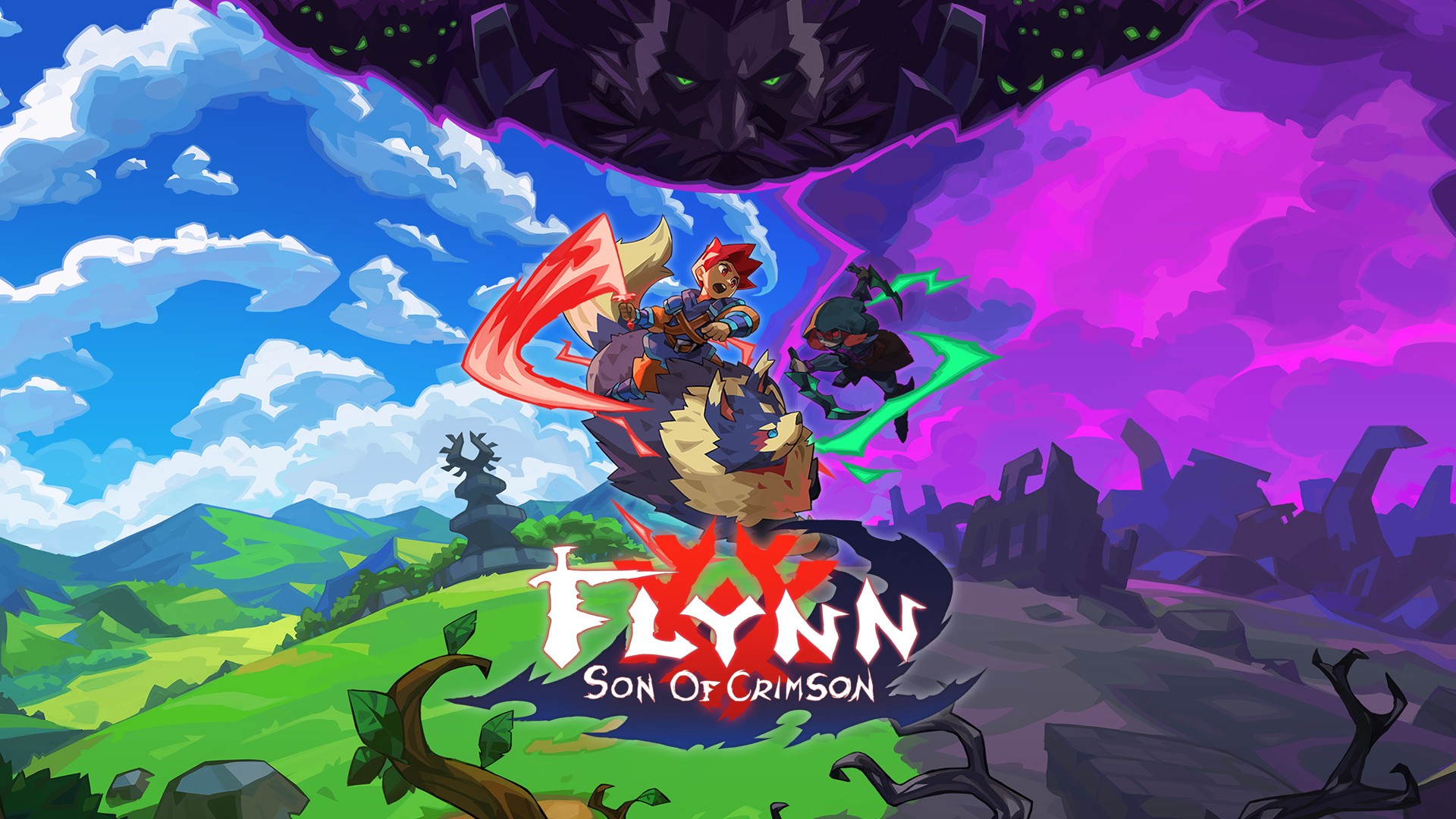 I Am Fish (Cloud, Console, and PC) ID@Xbox – September 16Available on day one with Xbox Game Pass: I Am Fish is a charming, physics-based adventure starring four intrepid fish friends, forcibly separated from their home in a pet shop fish tank. Swim, fly, roll and chomp your way to the open ocean in a bid for freedom and to re-unite once again.

SkateBird (Cloud, Console, and PC) ID@Xbox – September 16Available on day one with Xbox Game Pass: You’re a lonely lil’ skateboarding bird, and your Big Friend has hung up their board for good. Their job sucks, and lately, they are barely ever home to play with you. You are going to fix all that – with the power of skateboarding! Above all else, skate birds try their best. Superliminal (Cloud, Console, and PC) ID@Xbox – September 16Perception is reality. In this mind-bending first-person puzzler, you escape your own dream by tackling impossible puzzles based on perspective and optical illusions. Think outside the box and expect the unexpected. Aragami 2 (Cloud, Console, and PC) ID@Xbox – September 17Available on day one with Xbox Game Pass: The Aragami emerge as a clan to defend their own, utilizing the shadows to avail their cause. Aragami 2 takes the franchise to new levels of stealth and skill-based combat in a gripping narrative that can be experienced in solo or with friends as a co-op stealth-action adventure. Lost Words: Beyond the Page (Cloud, Console, and PC) – September 23Winner of over a dozen awards, Lost Words is an atmospheric narrative adventure that takes place in the personal diary entries belonging to a young girl named Izzy. Unfold the pages and explore the fantasy land of Estoria, a place where words hold immense power.

Sable (Cloud, Console, and PC) ID@Xbox – September 23Available on day one with Xbox Game Pass: Embark on an unforgettable journey and guide Sablethrough her Gliding; a rite of passage that will take her across stunning deserts and ancient wonders. Explore a rich world by hoverbike, solve puzzles, climb great heights, and get to know the inhabitants. Discover who Sableis beneath the mask. Subnautica: Below Zero (Cloud, Console, and PC) ID@Xbox – September 23Dive into a freezing underwater adventure on an alien planet. Set two years after the original Subnautica, return to Planet 4546B to uncover the truth behind a deadly cover-up. Survive by building habitats, crafting tools, and diving deeper into this captivating universe.

Tainted Grail: Conquest (PC) ID@Xbox – September 23Explore the ever-changing maps, fight with deadly enemies, and learn what happened to the cursed island of Avalon in this unique, infinitely replayable, story-driven hybrid between a deck-building Roguelike and an RPG game. Create your own combos out of hundreds of cards and learn how to survive in a dark, unforgiving world shrouded by a mysterious, deadly force known as the wyrdness.

Lemnis Gate (Console and PC) – September 28Available on day one with Xbox Game Pass: Harness the abilities of powerful operatives in mind-bending 4D battles as you disrupt the past to change the future. Lemnis Gate liberates you from the constraints of time to offer a relentlessly inventive multiplayer experience deeply rooted in tactical FPS gameplay. Exploit the unlimited intricacies of time travel and forge your path to victory. Astria Ascending (Cloud, Console, and PC) – September 30Available on day one with Xbox Game Pass: Explore a vast world on the brink of chaos in a mature, emotional JRPG rendered in glorious 4K hand drawn visuals. Customize your characters with expansive customization, and lead the 8 Demigods of Orcanon to battle in rewarding, turn-based combat to protect the Harmony.

Unsighted (Console and PC) ID@Xbox – September 30Available on day one with Xbox Game Pass: The few androids that remain are running out of Anima, the energy that gives all robots consciousness. It’s up to you, Alma, to save your friends from becoming Unsighted. Explore the vast ruins of Arcadia, using every tool you can find. Time is ticking. They need you.

Phoenix Point (Console) ID@Xbox – October 1A mutating alien menace threatens the last remnants of mankind on an Earth ravaged by the Pandoravirus and it’s up to the Phoenix Project to take the planet back for humanity. The turn-based strategy hit Phoenix Point includes optimizations and changes designed specifically for Xbox One and Xbox Series X|S.

In Case You Missed It

Crown Trick (Cloud) ID@Xbox – Available now Welcome to The Nightmare Realm! Guide protagonist Elle on a perilous journey through procedurally generated dungeons, carefully navigating unique enemies and traps that only move when Elle does thanks to Crown Trick’s unique synchronous turn-based mechanic. Strategically plan each move to survive, master a combination of skills, Familiars, and weapons to escape the labyrinth.

Nuclear Throne (Cloud) ID@Xbox – Available nowNuclear Throne is a rogue-like, top-down shooter set in a post-apocalyptic world. Fight your way through the wastelands with powerful weaponry, collecting radiation to mutate new limbs and abilities. You could do all these things and more — if only you were good at this game. Can you reach the Nuclear Throne?

Dead by Daylight: Hellraiser Chapter – Available nowXbox Game Pass members save 10% off! Demon to some, angel to others, the new Killer is Pinhead: leader of an extra-dimensional group of beings known as the Cenobites. Devoted to exploring the furthest regions of experience through the limitless thrill of pleasure and pain, Pinhead uses hooks and chains to attack his victims, tearing their flesh and souls apart in the process.

We have a brand new Perk from the team at Bethesda to share with you!  Go claim now in the Perks gallery on your Xbox console, Windows 10 PC, or Xbox Game Pass mobile app. Ultimate members can experience Xbox touch controls while playing 11 more games from the cloud starting today! That’s 11 more touch-enabled games that you can now play on the Xbox app for Windows PCs, Xbox Game Pass mobile app on Android devices, or xbox.com/play on your Windows PCs and Apple phones & tablets, no controller needed. Look at the list of new games with touch controls below:

Here are some of the monthly Quests you can start today:

Be sure to show these games some love before they go, I bet there are some achievements left for you to earn! This doesn’t need to be a final goodbye, remember to use your membership discount to save up to 20% on your purchase of these games!

September is looking pretty good, and we even dipped our toes into October in this announcement! The only thing left for you to do is follow us on Twitter at @XboxGamePass and @XboxGamePassPC for updates when these games are available. Make sure you have the Xbox Game Pass mobile app handy to install these games remotely! That’s all for this round, catch you next time.