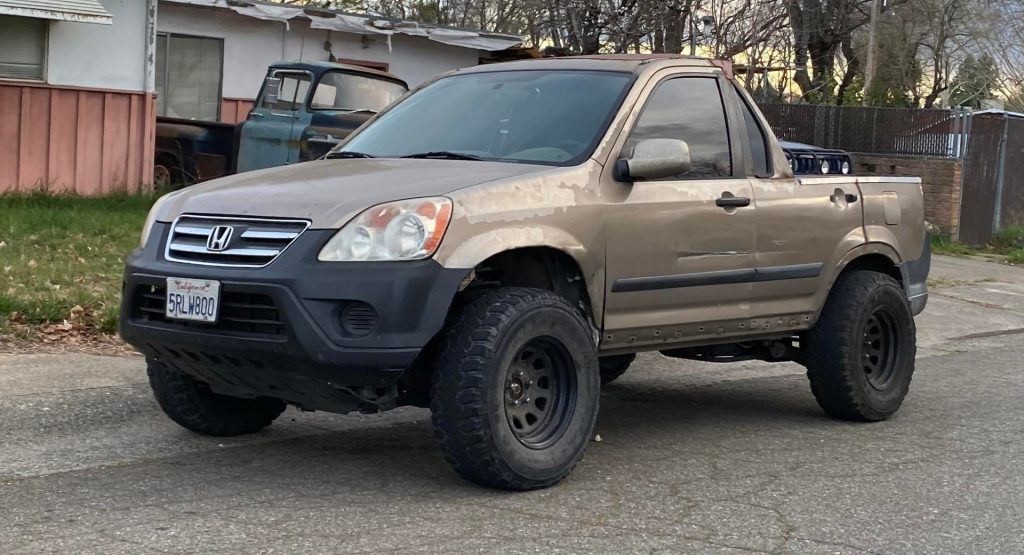 What would you do if you owned an old and damaged second-gen Honda CR-V? If you want ideas, you can get inspired by this owner from California who had the idea of converting it to a single-cab pickup.

The build was spotted on the street by a Reddit user who uploaded it on the Shitty_Car_Mods thread. Although the execution is rough around the edges, we wouldn’t be so cruel with this conversion since the idea seems to work quite well.

Everything started with a second-generation CR-V which was available between 2001 and 2006. The donor SUV was clearly in a bad shape, with dents and scratches all over the bodywork. Thus, we suspect that the owner envisioned a second life for the Honda, albeit with a different bodystyle. 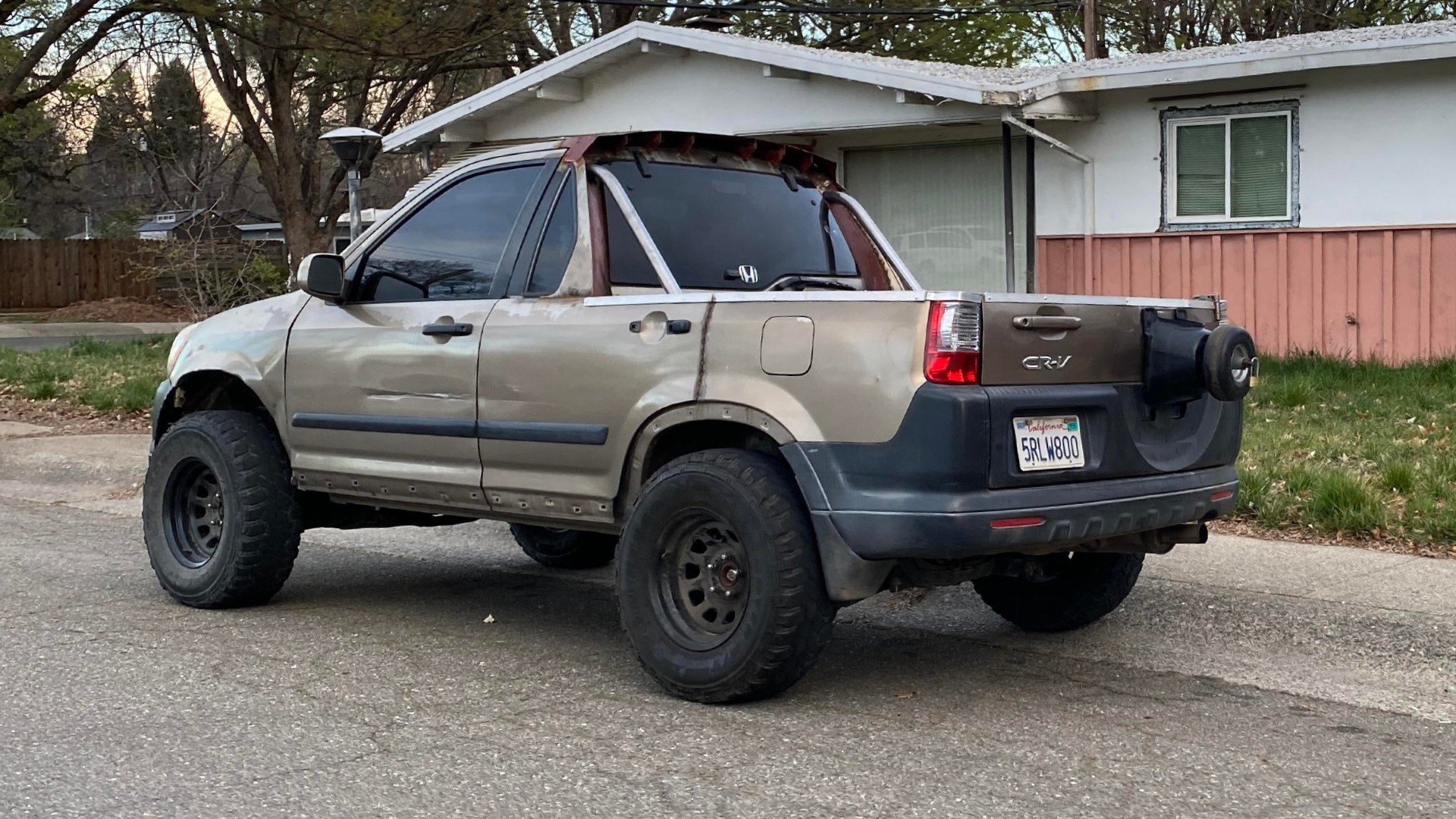 A large section of the roof was cut off together with the windows and the tailgate. The latter was not thrown away, since it was still useful as a new rear windscreen. The rear doors were welded on the body and the door handles were removed, although a proper rear-door delete would admittedly look better.

The owner got a little artistic on the roofline, adding a custom spoiler and small quarter windows for a more convincing look. Finally, metal trim was applied on the edges of the rear bed, with additional metal bars to make up for the – likely significant – loss of rigidity.

The stock Honda CR-V is a pretty decent choice for some light off-roading but the truck should be a lot more capable compared to its former family-oriented SUV character. For this reason, the project car received a new set of chunky all-terrain tires and a lift kit which have significantly increased ground clearance benefiting the approach and departure angles. Don’t expect a full-size spare tire though since the owner opted for a kart wheel on the side-hinged rear door.

Obviously, the “CR-T” – as a Reddit user called it in the comments section – is a fun project from someone who enjoys working on cars. However, if Honda could get something from this crazy build is the idea of a CR-V-based competitor for the Hyundai Santa Cruz and Ford Maverick unibody pickups that could slot under the Ridgeline, using modern underpinnings of course. A case for such a vehicle is highly unlikely, but this doesn’t mean it’s a bad idea. 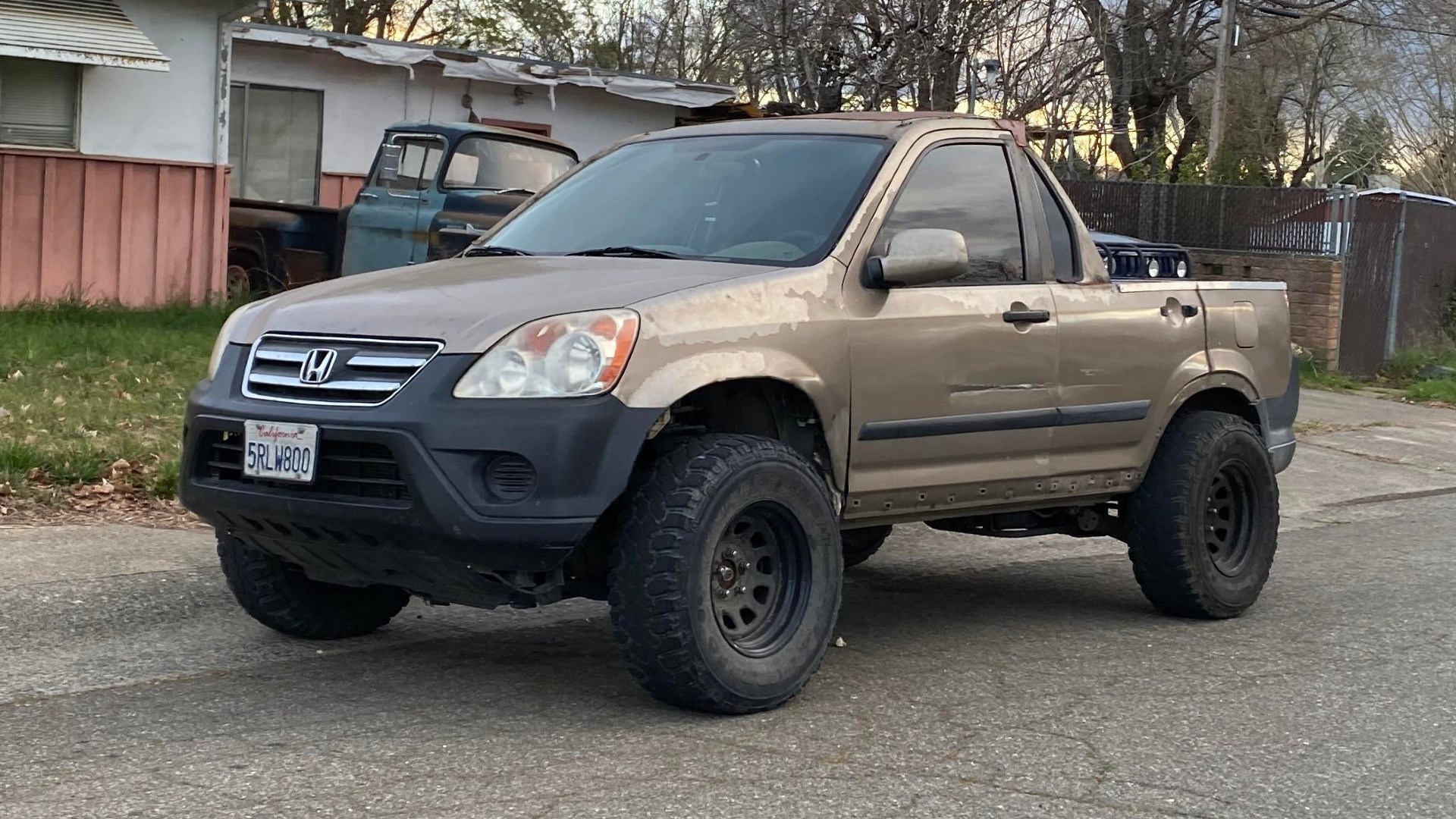