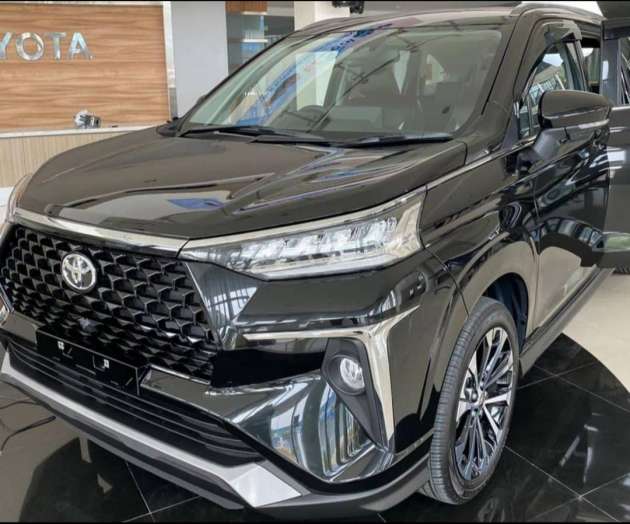 The second-generation Toyota Avanza has been around for nearly a decade now, debuting in Indonesia back in 2011. Ten years in a very long time in automotive circles and it shows – the car looks especially dated now next to shiny new rivals such as the Mitsubishi Xpander. We know that a successor has been in the works for a long time now and it looks like the new model is almost ready for showrooms.

In fact, the third-generation Avanza has been seen in a showroom in Indonesia, as these images from AutonetMagz show. Clear to see are the radically different exterior and interior designs, giving the segment stalwart a fresh new look.

The boxy body and long wheelbase mean that this is still a car whose overriding priority is cabin space, but there’s greater embellishment to hide its utilitarian nature. At the front, the Avanza has a hint of RAV4 and Corolla Cross about it thanks to the large trapezoidal grille, flanked here by slim LED headlights and triangular fog light surrounds. A downturned centre air intake sits low down. 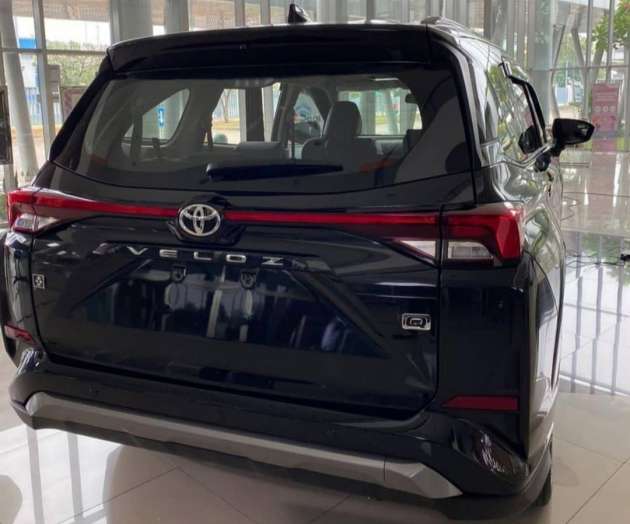 A prominent feature is the chrome strip that starts from the top of the grille and runs through the headlights and along the bonnet and windows before finally terminating at the D-pillars. The wing mirrors have also moved to the door panels, while the chunky wheel arch flares give the car an SUV-like look. The wheels look to be larger in diameter (possibly 17 inches) and feature a handsome two-tone design.

Moving to the rear, the Avanza sports in-vogue full-width taillights and a decorative skid plate, along with what look like fake vents at the corners of the bumper. The unit you see here is badged the Veloz, meaning that it will likely have slightly different front and rear ends compared to the standard Avanza.

The interior sees an arguably even bigger redesign, with a much more modern design that consigns the outgoing model’s cheap-looking (and feeling) cabin to the history books. The cleaner dashboard looks much slimmer and is fitted with a more rakish centre console (with silver trim and an ambient lighting strip) and an absolutely massive freestanding infotainment touchscreen, likely the nine-inch unit from the Raize. 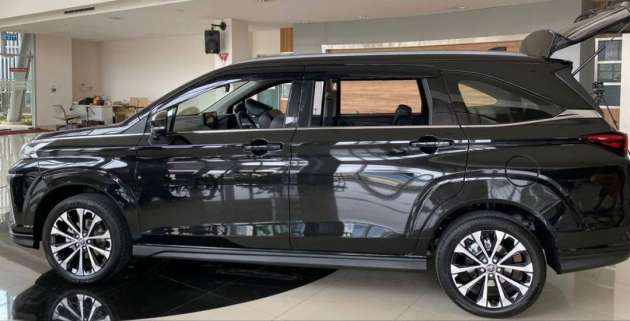 Ahead of the driver sits a hexagonal instrument cluster binnacle (could we see a digital instrument cluster in the Avanza, like the Raize?) and a classy three-spoke multifunction steering wheel. To the left are the trapezoidal centre air vents, the Raize’s dual-knob digital air-conditioning controls, seat belt reminder lights and the engine start button. This particular unit has a two-tone colour scheme, with white panels on the dashboard, centre console and door cards that add to the car’s fresh aesthetic.

Down on the centre tunnel you’ll find a neat-looking gearlever and, interestingly enough, an electronic parking brake – making it the first regionally-developed Toyota to come with such a system. Move to the second row and you get a giant roof monitor, a single pop-out cupholder, and USB charging ports. There are also what appear to be organising pockets behind the front seats, one of which seems big enough to house a tablet.

Although Toyota has understandably kept mum on the details, we do expect the new Avanza to ride on the Daihatsu New Global Architecture (DNGA) that also underpins the Raize and Toyota Rocky (and, by extension, the Perodua Ativa). This means that the car will likely switch from a ladder frame to a monocoque construction – and thus, move from a rear-wheel-drive layout to a front-drive one.

Crucially, this will allow the more car-like Perodua Alza to become a close sibling of the Toyota (and Daihatsu’s version, the Xenia). The national MPV is currently based on the Japanese-market Daihatsu Boon Luminas and Passo Sette, both of which have long been discontinued. The new Alza is rumoured to be launched in Malaysia at the end of the year.

Expect the cars to be powered by the same engines as the Raize, Rocky and Ativa – a 98 PS/140 Nm 1.0 litre turbocharged three cylinder and a naturally-aspirated 88 PS/113 Nm 1.2 litre unit (likely exclusive to the Indonesian market), paired to either a five-speed manual gearbox or a CVT. The Avanza could also receive the Rocky e:Smart Hybrid‘s electrified 1.2 litre mill, which will likely be offered on the Ativa here.

Last but not least, the twin windscreen-mounted cameras on this Avanza confirms the inclusion of the Advanced Safety Assist (ASA) suite of driver assistance systems. These include autonomous emergency braking and, in the case of Perodua’s system, adaptive cruise control and lane centring assist.