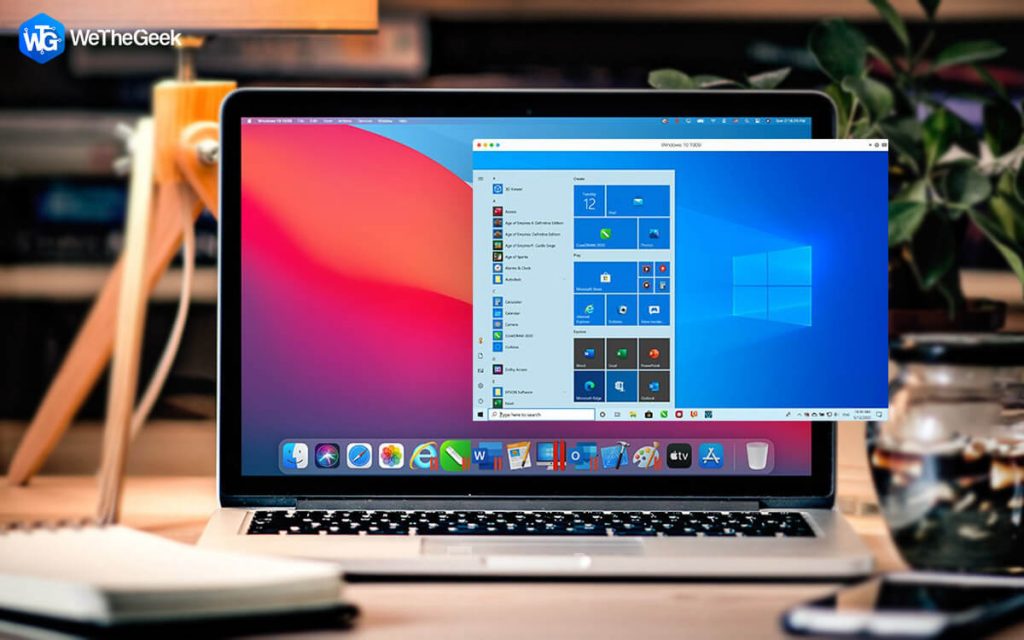 Most Windows users wish to replace their Operating System with a macOS one. But they are not alone, sometimes even Mac users wish to experience certain Windows software & programs on their machine. If you are sick of limitations to toggle between Windows & Mac as needed, try using Top Notch Windows Emulator Tools For Mac (2021).

What Is A Windows Emulator?

In layman terms, Emulators are typical utilities that let you run any utility which is not even compatible with your device. Mainly these emulator applications are used to play video games, access different OS programs, and run different OS on your current device. So, without further ado, let’s check out the list of best emulators to run Windows on Mac for free.

To start running Windows on Mac, these are the best options you can consider using:

Well, Boot Camp comes pre-installed with all Macs and it is a reliable tool that assists users to experience Windows Operating System on macOS. It even presents an excellent ‘dual-boot’ mode that lets users install both Windows and Mac on two different partitions. As soon as you switch on your Mac, you’ll be asked whether you would like to enter in Windows or macOS. Moreover, it is worthy to mention the fact, the Boot Camp is compatible with Intel machines only. To know more about the utility at Apple Support Page!

Why Should You Use Boot Camp? = Comes pre-installed on your Mac, you don’t need to install any additional tools on your machine to run Windows OS.

Virtual Box is an open-source and free Windows emulator available for both home and enterprise users. In fact, it can be operated not only on Mac but it does support a variety of other operating systems like Linux, Windows, etc. It ensures that you can run Windows programs or the entire operating system just like any other app without making significant alterations in the configuration of the system. Just ensure, while you are downloading this best Windows Emulator, you have at least 8 GB of free disk space.

Why Should You Use Virtual Box? = It’s an open-source tool, which means it is free to use for individuals

Well, Parallels Desktop is one of the most popular and best Windows emulators for Mac available today. It allows you to run multiple guest operating systems such as Windows, Chrome OS, DOS, Ubuntu, Debian, Leopard, macOS X, and Debian. Additionally, it includes handy file archiving features and drives cleanup tools to provide a seamless experience while running Windows programs on Mac.

Why Should You Use Parallels Desktop? = It works at a fast rate and you don’t need to reboot to implement the changes.

If you are some who operates on older versions of Mac but wishes to experience the newest versions of Windows applications, Wine is the ultimate solution for you. Although, you’ll be able to enjoy only one or two Windows programs consecutively while using the Windows emulator. Apart from this, it is also important to note that Wine doesn’t support running the entire Windows OS on your Mac as a virtual machine. Similar to Virtual Box, Wine Windows emulator for Mac is available for free of cost and can be downloaded without spending a single penny.

Why Should You Use Wine Windows Emulator? = If you are looking for a tool that only runs Windows apps.

CrossOver, designed & developed by CodeWeavers is a paid Windows emulator for Mac. It’s an open-source application and doesn’t support running a virtual machine on your Mac. In addition to this, users don’t need to get a Windows license to operate seamlessly. Using CrossOver, you can effortlessly run numerous Windows apps alongside Mac applications without rebooting your device. The Windows emulator offers a free trial so that you can utilize the program before purchasing.

Why Should You Use CrossOver? = Supports running a variety of popular Windows applications and games without any hiccups.

Our list of Best Windows Emulators for Mac is concluded by VMWare Fusion. Unlike most of the software mentioned here, VMWare Fusion allows users to run Windows in full-screen so that your Mac feels like a PC. It even allows you to run individual Windows software parallel to Mac apps so that you can make the most out of your machine. This Windows emulator works quite similarly to Parallels Desktop, the only difference is – – Parallels is authorized on each Mac premise while Fusion on the other hand is authorized per client.

Why Should You Use VMWare Fusion? = Because you get the ability to run more types of operating systems other than Windows.

If you are eager to learn about the Best Virtualization Software for Windows, click here!

Q1. When To Use An Emulator?

Well, emulators are often used by developers & product testers to check how a specific software interacts with underlying hardware or a blend of hardware & software. Users who wish to know whether a firmware update will result in problems for your programs should use an Emulator to find that.

Q2. Is It Safe To Use Emulators?

Emulator solutions are generally quite safe. However, you need to be vigilant about the source of downloading the emulator. If you consider installing the program from reputed and trustworthy sources, your device is cent percent safe!

Q3. What Emulators Work On Mac?

There are a variety of options available when it comes to choosing the Best Mac Emulator Software – – Microsoft Virtual PC for Mac, XBOX 360 Emulator for Mac, DosBox, OpenEmu, and so on.

VMware Vs VirtualBox Vs Parallels: Which One To Choose On Mac?

How To Install Android on Windows Tablet or Vice Versa?

Which is your personal favorite choice for the Best Windows Emulator For Mac? Drop your answers in the comments section below. Also, do not forget to check out us on Facebook and YouTube.

The post 6 Best Windows Emulators For Mac To Use In 2021 appeared first on We The Geek.