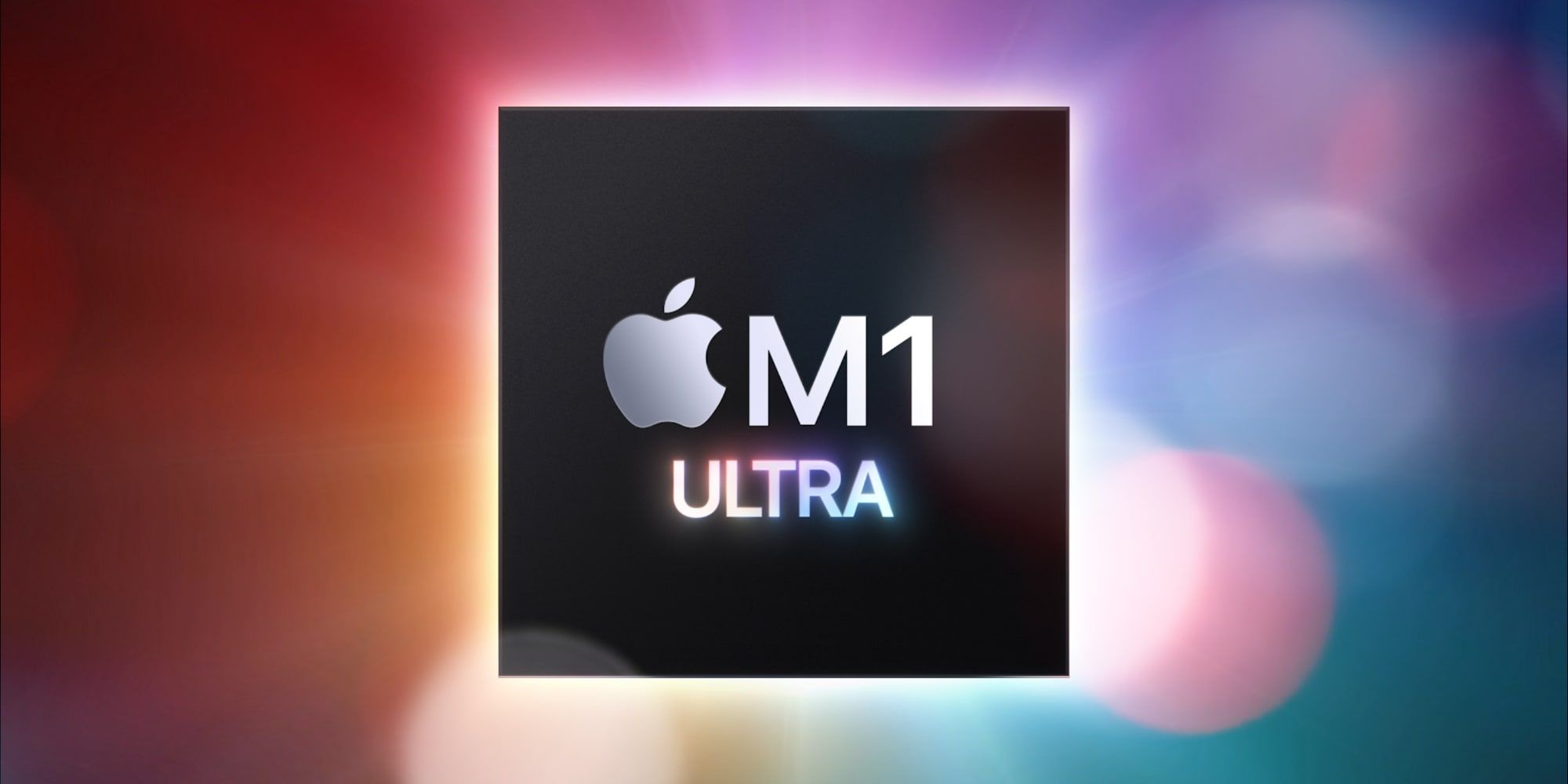 Apple just launched a new processor and claims its M1 Ultra is the most powerful desktop chip ever made for personal computers, supercharging the recently released Mac Studio. That’s a powerful statement to make so soon after the release of Intel’s impressive Alder Lake CPUs, and if true, shakes up the industry yet again. Apple continues to push forward at a pace that it will be hard for competitors to match.

The previous best Apple Silicon chip is also startlingly fast. The M1 Max powers the top-of-the-line MacBook Pro with 10 processing cores, 32 graphics cores, and 16 neural cores. While the CPU is only a modest increase over the M1, the GPU is a leap, quadrupling what Apple’s first desktop processor offered. The M1 Max still sips power gently enough to be used in a battery-powered MacBook Pro, with Apple claiming it can run for 21 hours between charges.

As amazing as the M1 Max is, Apple doubled down on that performance with the M1 Ultra, literally connecting two M1 Max chips with a revolutionary bridge called UltraFusion that has four times the bandwidth of the leading processor interconnect technology. Without a bottleneck for communication between chips, the speed is double that of the M1 Max. Apple explained that the two chips are so closely intertwined that the rest of the system sees the M1 Ultra as a single processor, making the merge transparent. That implies the two-times performance boost might apply to the entire chip, doubling single-core speeds as well as multi-core CPU, GPU, and NPU processing. 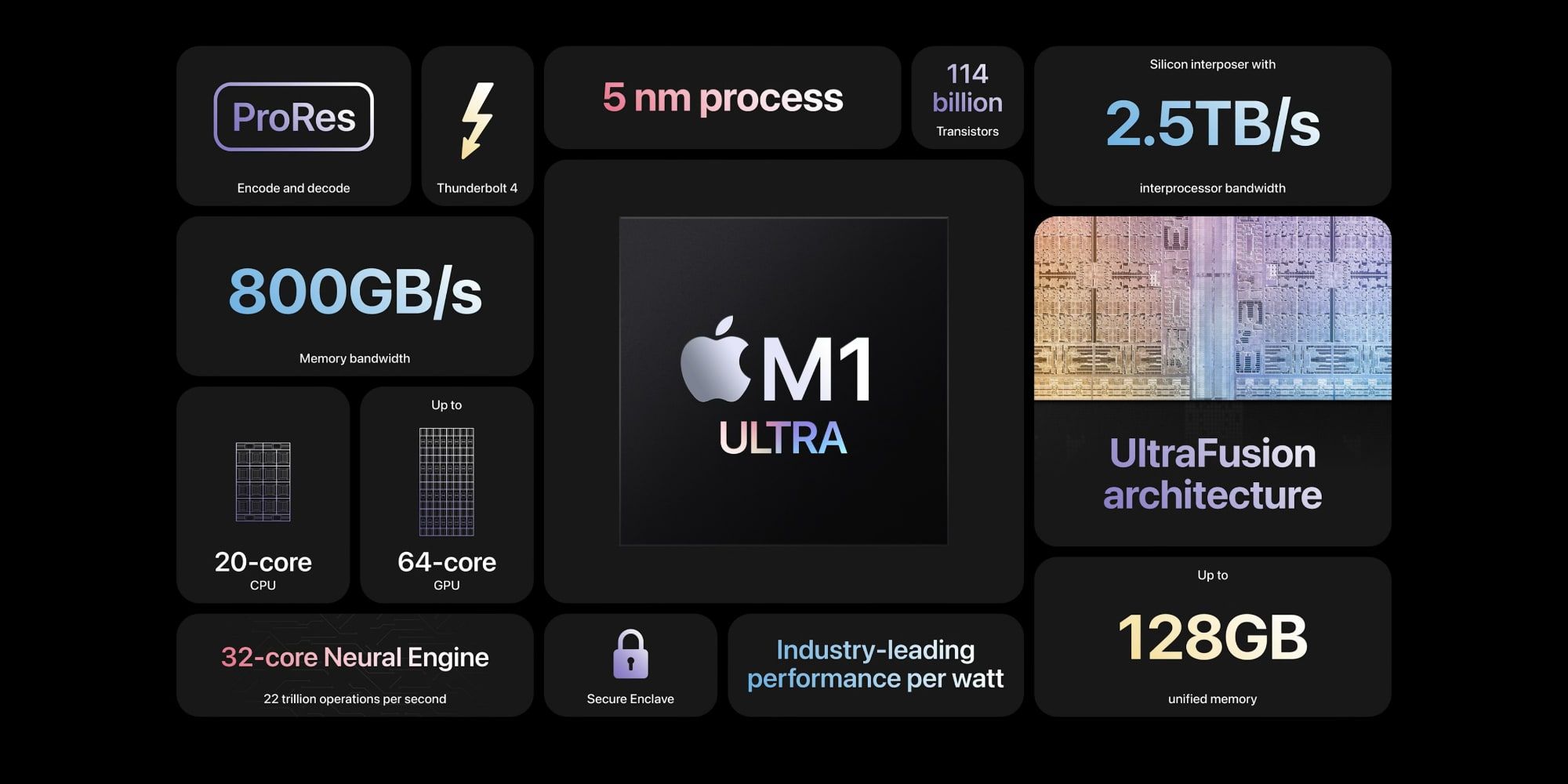 This is all very impressive for the Mac world, but the leader in desktop processing is typically a PC powered by an Intel CPU and an Nvidia GPU, so will Apple really be able to challenge machines built with the best the competition has to offer? It’s too early to say for certain until independent tests are performed, and the Mac Studio doesn’t ship until March 18, 2022. For now, the only resource is Apple’s claims which have proven to be accurate for the M1, M1 Pro, and M1 Max, so there’s little reason to doubt the statements made about the relative performance of the M1 Ultra.

Backing up the claim that the M1 Ultra is the most powerful and capable chip ever made for a personal computer, Apple showed charts pitting it against an Intel Core i9-12900K with DDR5 memory, the very best PC chip from Intel. The M1 Ultra is said to have 90-percent greater performance while only using 60 watts of power. To simply match Intel’s best, the M1 Ultra can ease back to below 40 watts, drawing 100 watts less than Intel’s Core i9-12900K. It’s a similar story, according to Apple, with the M1 Ultra matching Nvidia’s best GeForce RTX 3090 GPU, while using 200 watts less power.

Next: Apple’s New Mac Studio Is Like A Mini Mac Pro