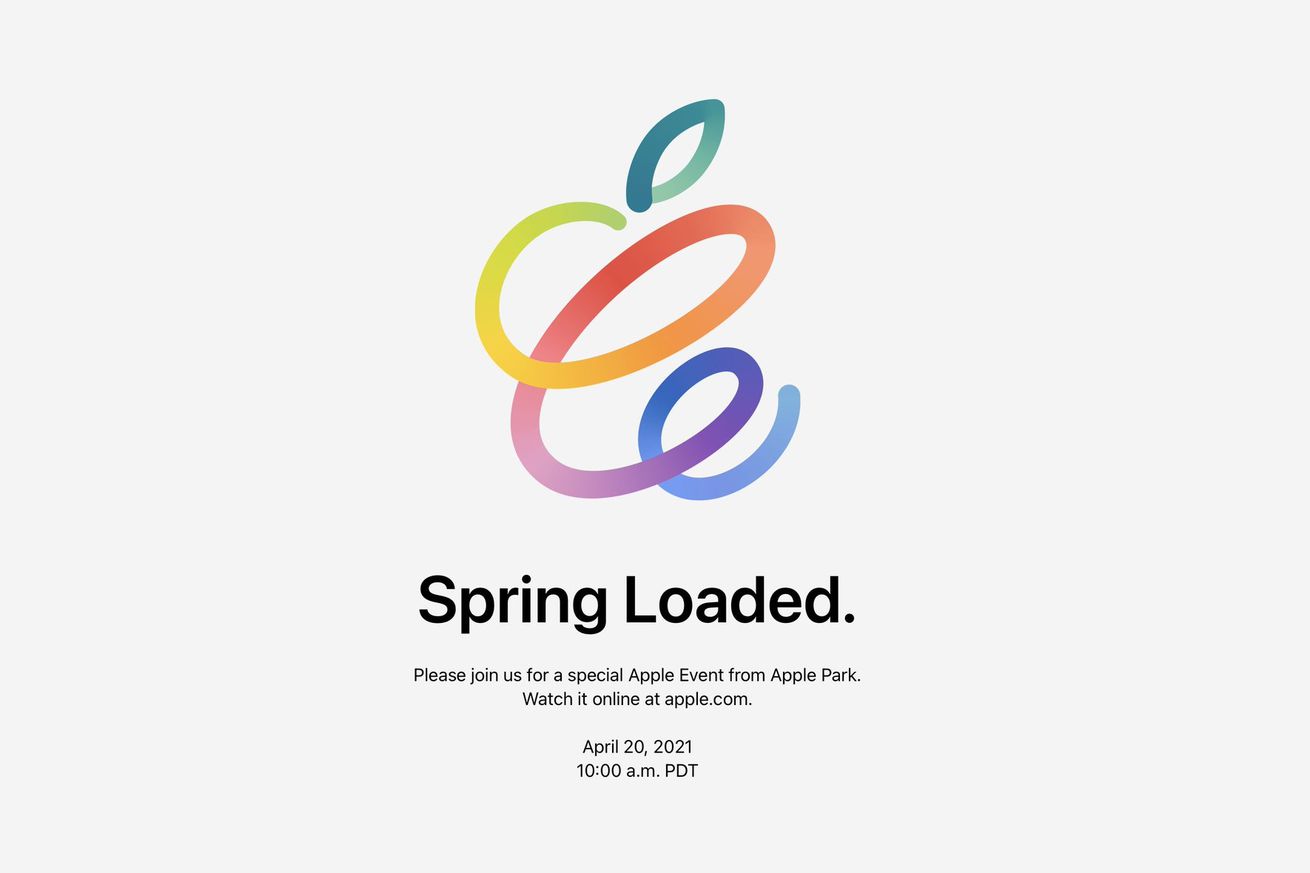 Apple’s next event will take place on April 20th, the company announced today, with an invite teasing the upcoming event with a “Spring Loaded” tagline. The official confirmation came just hours after the company’s voice assistant revealed the date early when asked “When is the next Apple event?”

As is typical, there’s not much to go on from the invitation, although the squiggly Apple logo and “spring loaded” tagline could hint at a new Apple Pencil stylus — perhaps one with some sort of clickable button.

So excited for this one! Only seven more days. pic.twitter.com/PVJFcESqh8

The timing of the event does favor an announcement of new iPad Pros, too. Although the new 11- and 12.9-inch…