Voke Tabs are a night owl’s best friend for early mornings — especially in the field.

A few years ago, on a retreat for women in the outdoor industry, I was suffering badly from caffeine withdrawal. I mentioned something to my friend Barbara, and she handed me a little chewable tablet with a sly wink and a rave review.

After eating the small chewable tablet, I came to life. A new woman arose. Made into a Voke Tab enthusiast at that very moment, I pack the little suckers everywhere with me. And they’ve changed my hunting system significantly.

Voke Tabs are now a permanent part of my outdoor system. And I think they can add serious value to anyone who struggles with mornings or energy in the field during long days of exertion.

What Are Voke Tabs? 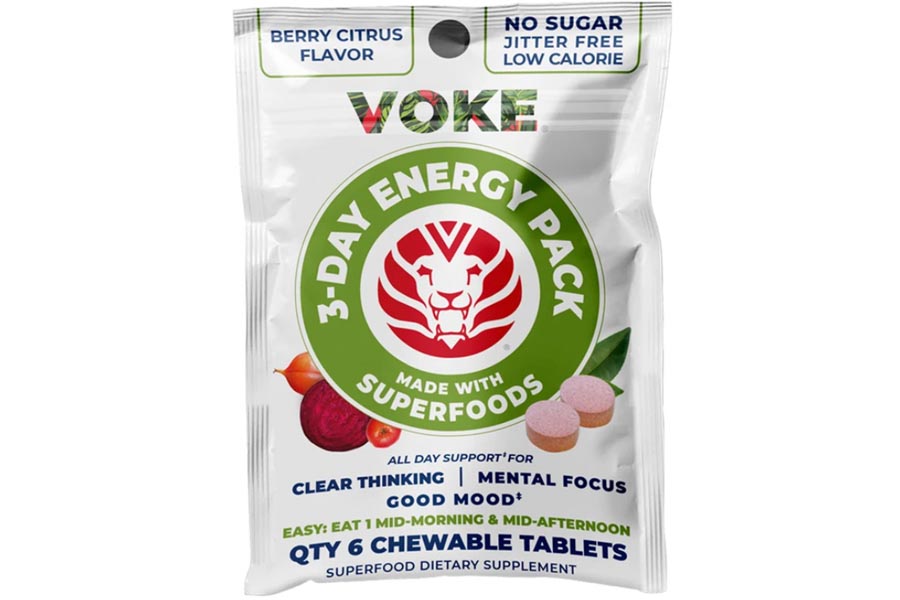 Small chewable tablets, Voke Tabs are essentially caffeine pills that you can feel good about. Company founder Kalen Caughey came up with the idea as a competitive skier in need of more energy throughout the day.

The tabs themselves are fruity-tasting, and a recent refresh really lightened up the flavor palate. More similar to a vitamin than candy, Voke Tabs incorporate green tea as the main source of the 77 mg of caffeine per tablet. The green tea is supported by guarana, a Brazilian superfood that also contains caffeine and is widely used in energy drinks and powders.

Acerola cherry — also Brazilian — adds your daily intake of Vitamin C in addition to the energy boost from the other ingredients. Red beetroot adds nitrates, folate, and betalain in addition to the tab’s pinkish color. Monk fruit is the main sweetener for the tab, making the tabs viable for all sorts of diets. Voke tabs are gluten-free, vegan, and dairy-free.

They’re also certified as drug-free by the Banned Substances Control Group, so it’s cool for pro athletes that need to pay attention to such things.

Voke Tabs used to come in individual two-tablet packages. But I was happy to see the update that puts six tablets into a resealable satchel that measures about 3 x 4 inches and lies practically flat.

A box of Voke Tabs contains 60 tablets, and they’re not inexpensive. At $65 per box, it’s a bit of a commitment. But each tablet has a bit more caffeine than a cup of coffee. And if a coffee averages about $2 a pop (on the low end), you’re saving cash.

Since early childhood, my most comfortable sleep schedule began between 11 p.m. and 1 a.m. Eight hours of sleep is a must for me. Unsurprisingly, a DNA test from a company called InsideTracker confirmed that I have a “Long Sleep Gene” that mirrors much of what I just told you.

But I’m also an outdoorswoman. When fall hits, I know early mornings are a part of the deal. And early mornings for big-game hunting can range from 4 to 6 a.m. Even my early-rising friends can struggle with those times.

So, what to do? I’ve packed cold brew coffee into my truck camper or tent, there to chug as soon as I wake up. I’ve simply overslept through my alarm. I’ve relied on hunting partners to bang on the windows of my camper or peek in my tent for a reliable wake-up call. Unfortunately, hot coffee can sometimes make me feel sick in truly early mornings.

Options were few. The struggle was real.

Enter Voke Tabs. After my friend hyped them up and the hype was real, I purchased a box for myself. Last season, I used these in a way that brought my early-morning game to new levels. 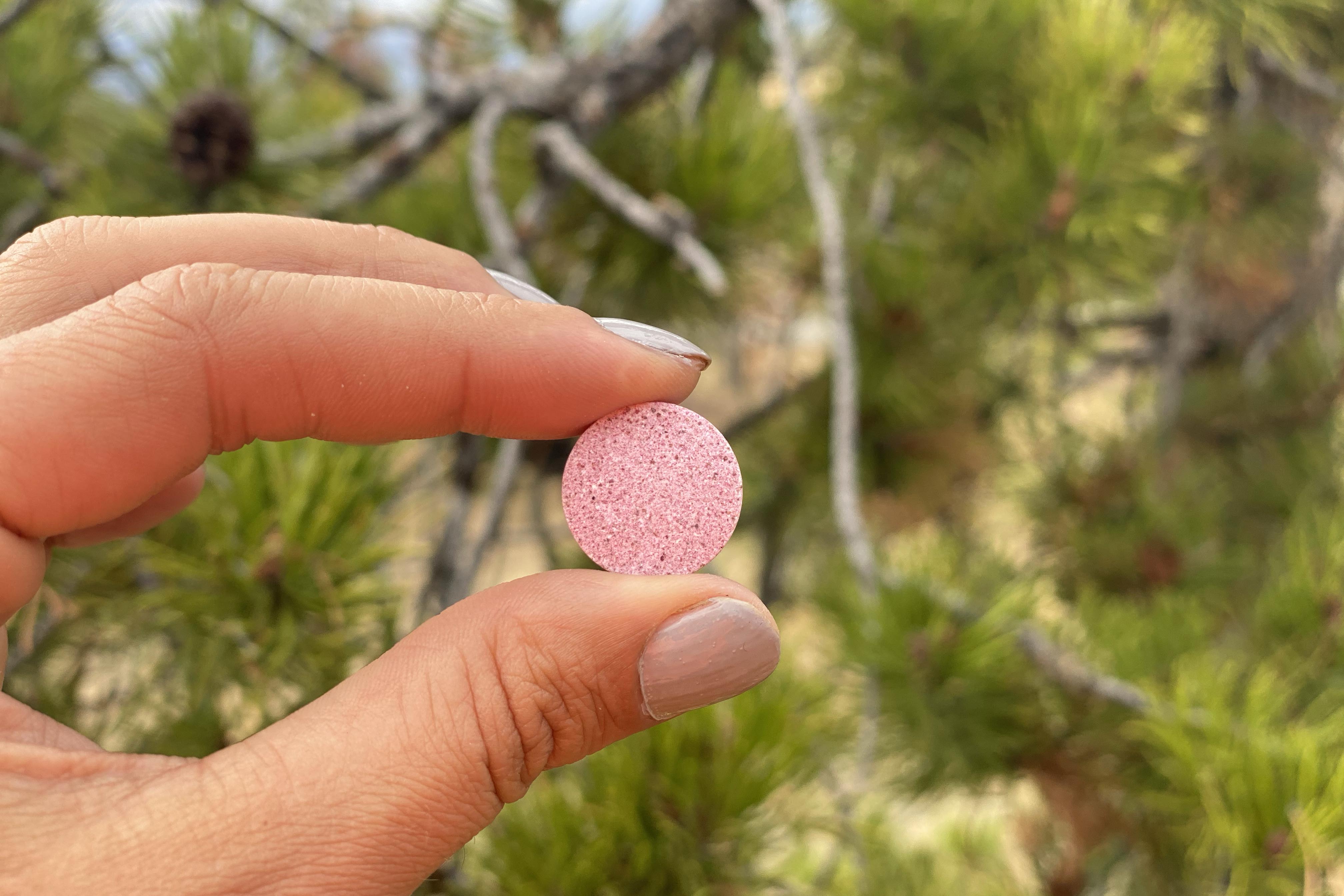 The small package of tablets makes stashing Voke Tabs anywhere easy peasy lemon squeezy. Plus, the tabs are dry, unlike gooey chews or an aluminum can of cold brew.

So, one cold-ass night on a hunt, I got the bright idea to stash a packet in my sleeping bag before hitting the hay. When my alarm went off 15 minutes before I had to get up, I slammed a Voke Tab and waited for it to kick in.

Wide awake before my next alarm went off, no one needed to tap on my topper shell. With a clear mind, I got ready and jumped the gun on an early morning in the field.

The other bonus? I didn’t have to take the extra time to boil water for coffee in the blackness of the morning or pay $4 for a can of cold brew that I’d have to dig out of an ice-filled cooler.

Early days can also mean long days in the field, especially if processing an animal is at hand. Voke worked for me here too. I simply kept a package in my pack, and when I felt my mind and body dipping with exhaustion, I’d add another Voke into the mix.

I’ll add that I’m more sensitive than most to caffeine, and I’ll often crack a Voke in half if the afternoon is growing long. But if this isn’t an issue for you, tab on.

A Practical Application for an Outdoorsperson 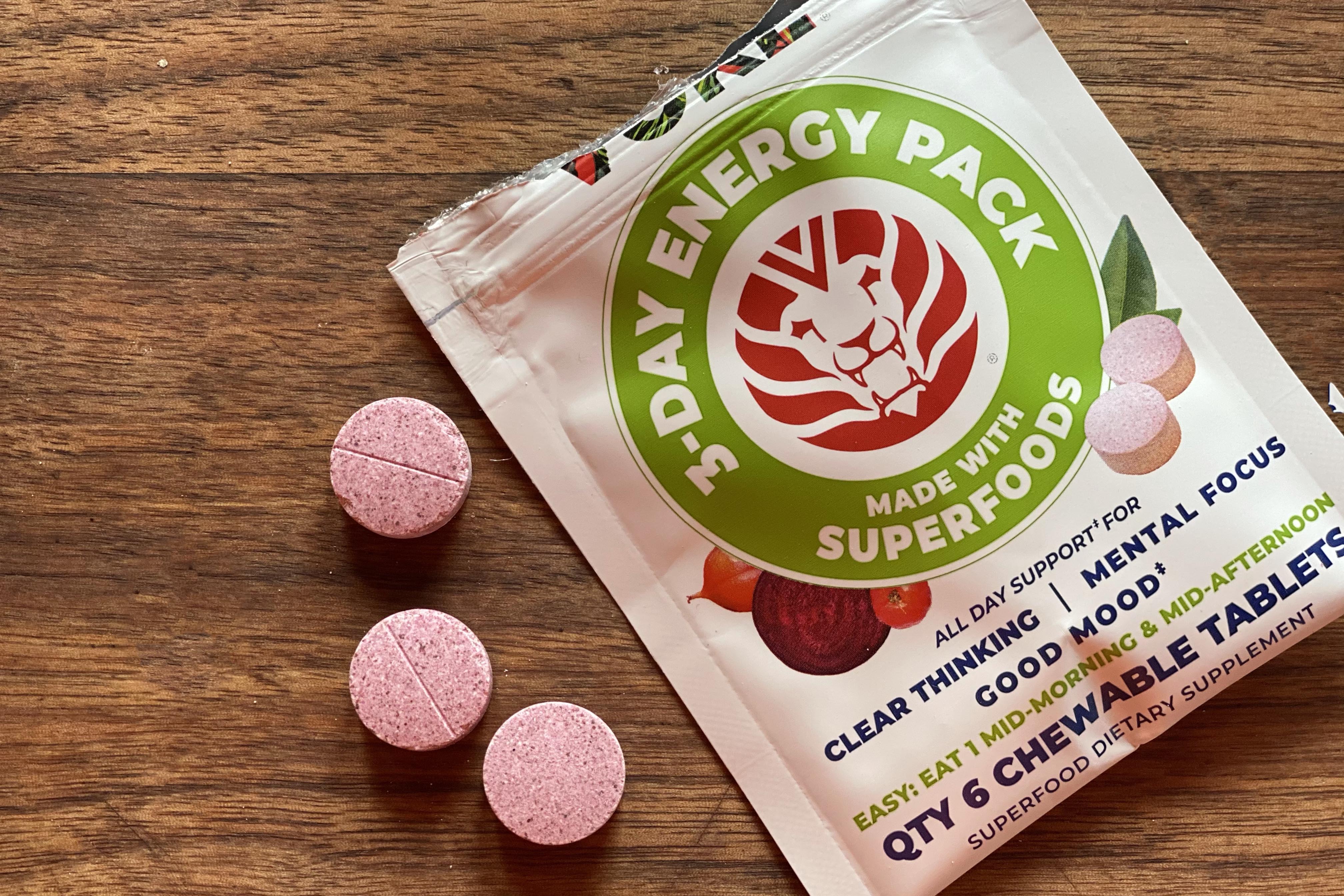 I’ll admit that I’m married to my daily coffee ritual. I don’t think I could trade in that beloved morning sip for slamming a chewable tablet every morning and powering through life so efficiently.

For the uber-pragmatic, perhaps that’s a great way to cut time and add increased efficacy to your everyday schedule. And Voke offers a subscription option that cuts a significant bit of the price off for daily devotees.

But I really do appreciate the jitterless, high-energy, deep-focus effect of Voke Tabs. And they’ve offered me the perfect, packable solution to my early-morning failures and energy dips in the field, where efficiency really does pay off.

A box of Voke tends to last me a long time, at least a few months. So for me, the price is well worth it. And friends have been converted similarly to the way I was: a complaint of exhaustion, a wink and a smile, and a tablet handed over that bears all the clean, energetic fruit you could wish for.