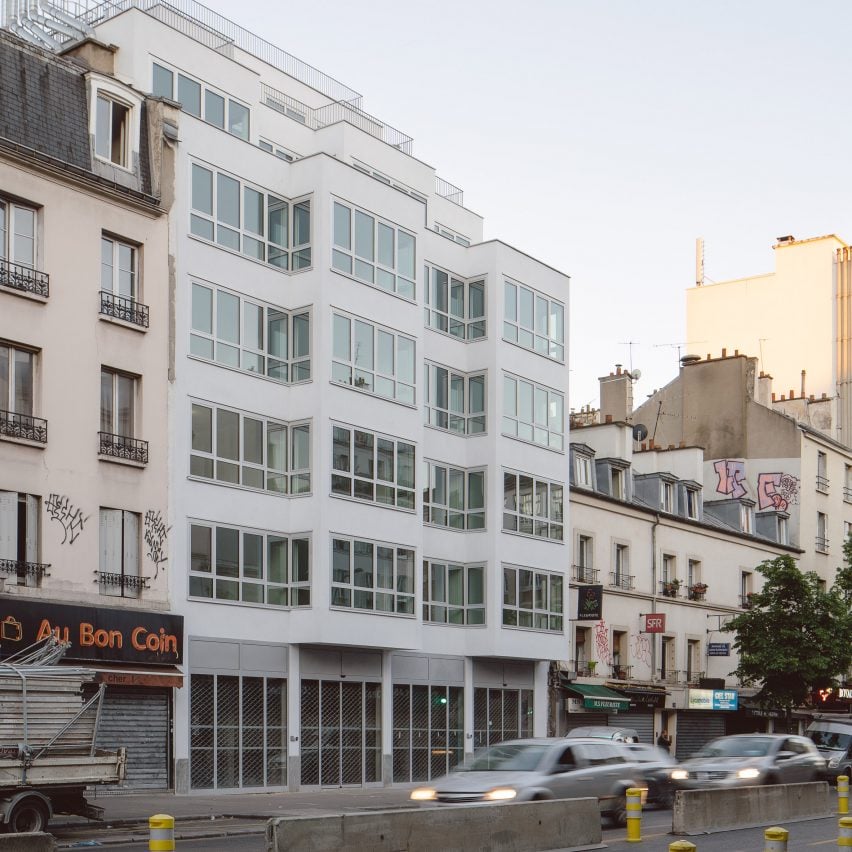 Located on the Rue Marx Dormoy in Paris’s 18th arrondissement, the building contains 15 units for social housing along with two shops at ground floor level. 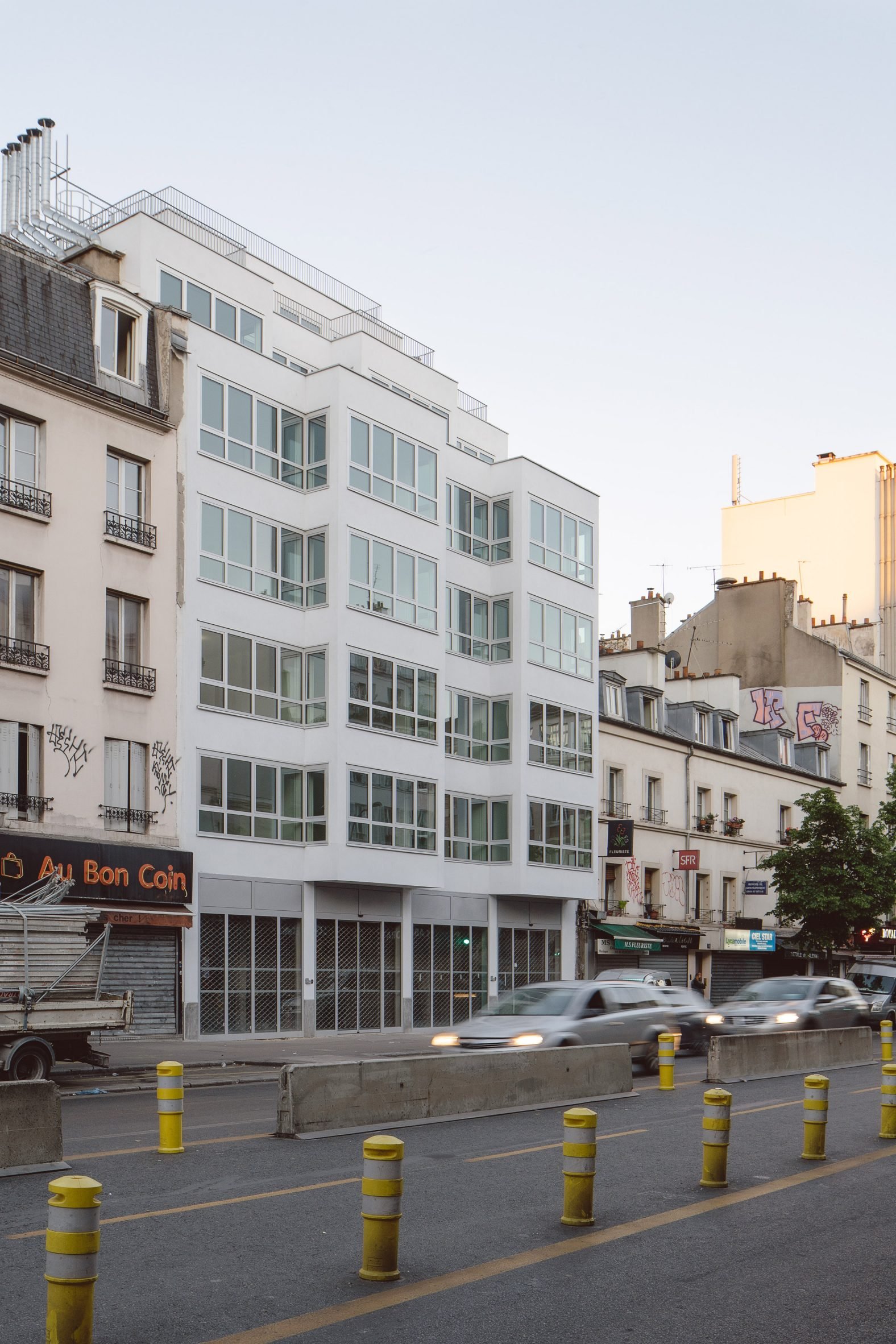 Top: each floor contains three apartments. Above: the building was designed to be respectful of its surroundings

Paris studio Barrault Pressacco designed the building to fit in with its heterogeneous urban context, which includes rail yards and buildings of varying architectural styles.

The structure spans the entire depth of its lot with different facades to the Rue Marc Dormoy on one side and Rue Philippe de Girard on the other.

Two small courtyards are inserted into the plan to provide natural light, views and ventilation to the apartments. 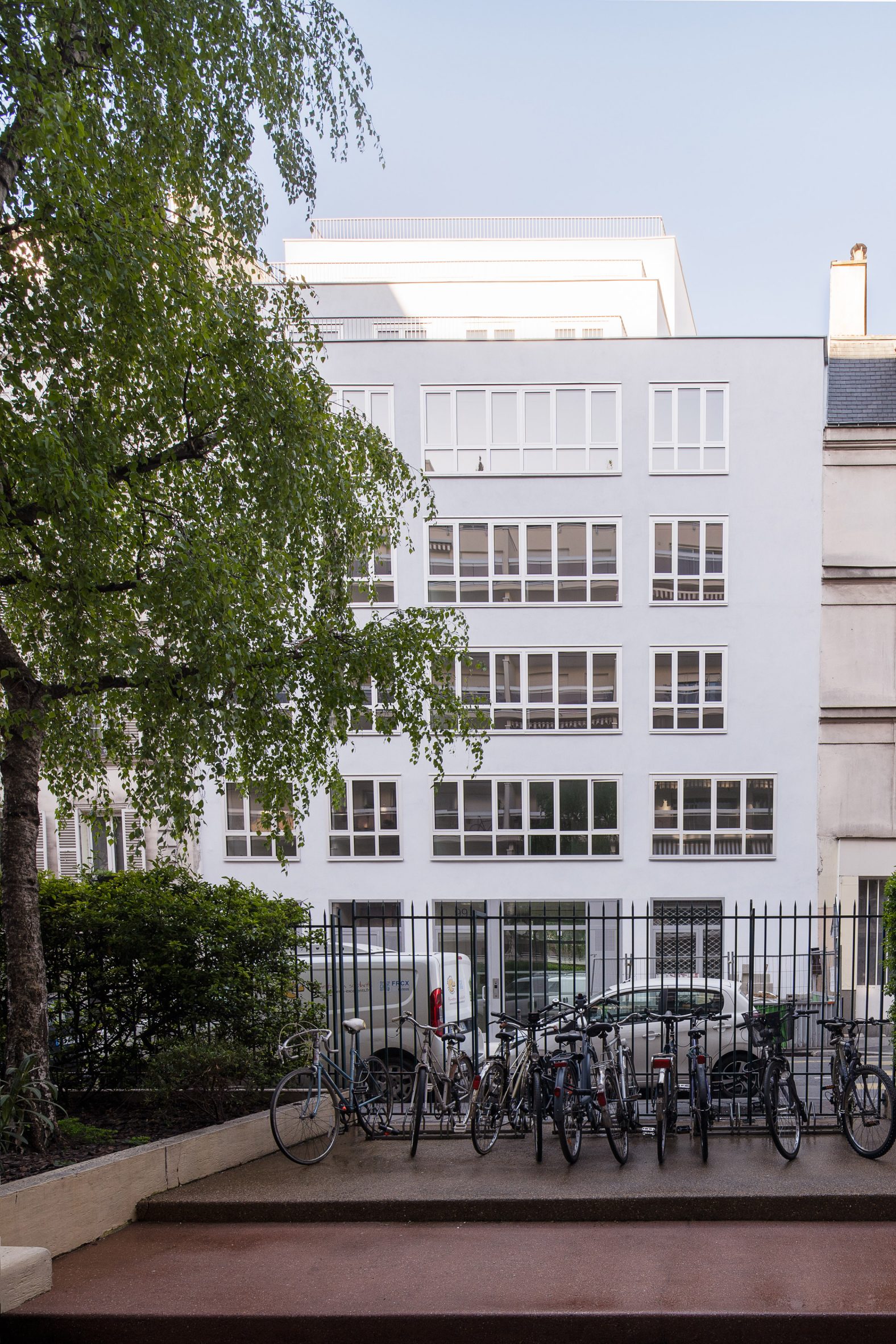 It was constructed using wood and hempcrete

The project demanded a contemporary yet familiar design that evokes the deep facades and cantilevered balconies found in many traditional Parisian buildings.

After researching materials suitable for constructing the necessary thick facade, Barrault Pressacco settled on a combination of wood and hempcrete – a concrete alternative with a low carbon footprint made from hemp fibres combined with a lime-based binding agent. 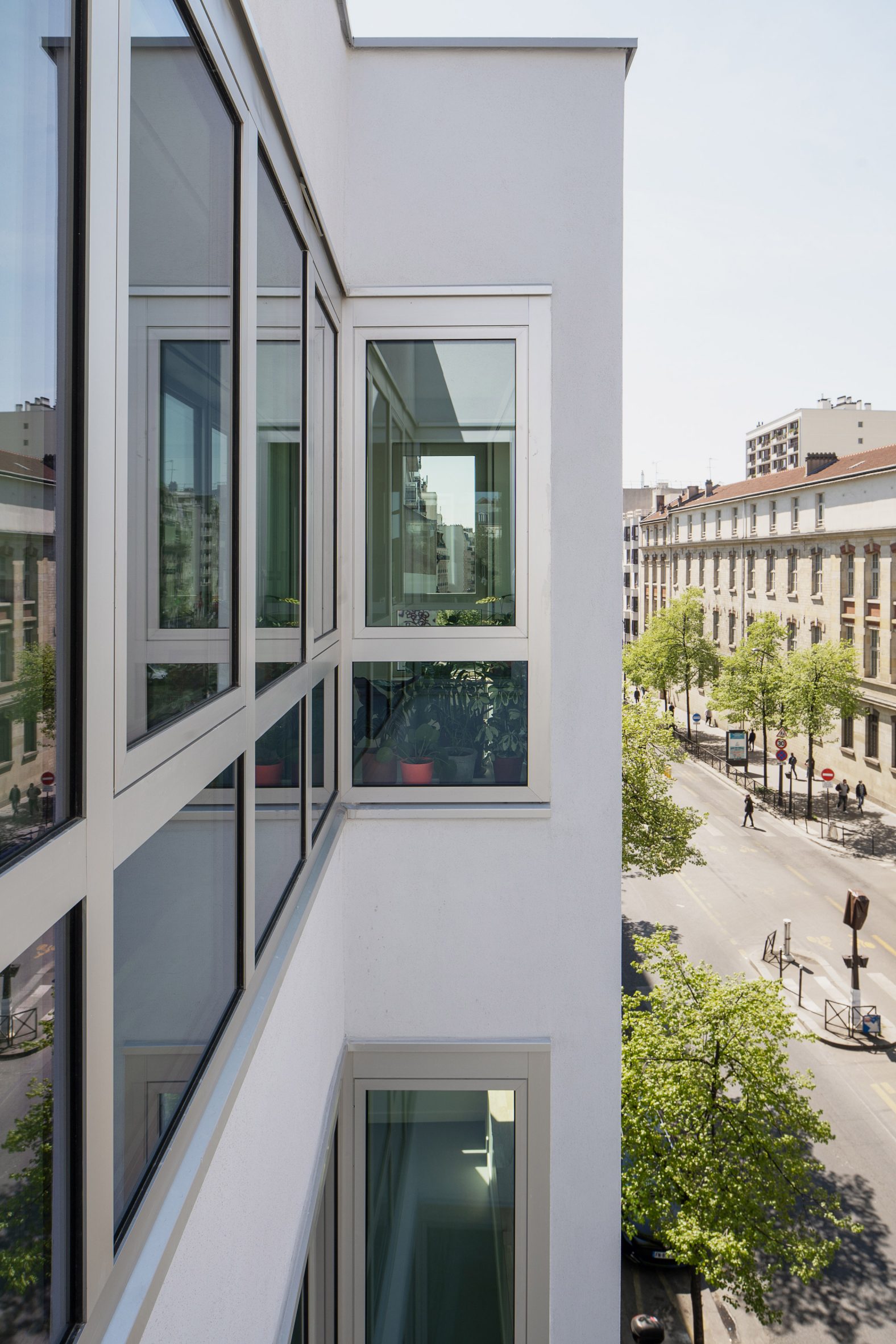 Large windows look out to the Rue Marx Dormoy

“Hempcrete was first considered as a tool to investigate a particular Parisian tradition: the thick facade and the bow window,” architect Thibaut Barrault told Dezeen.

“In this way, it links theoretical canons and environmental issues.” 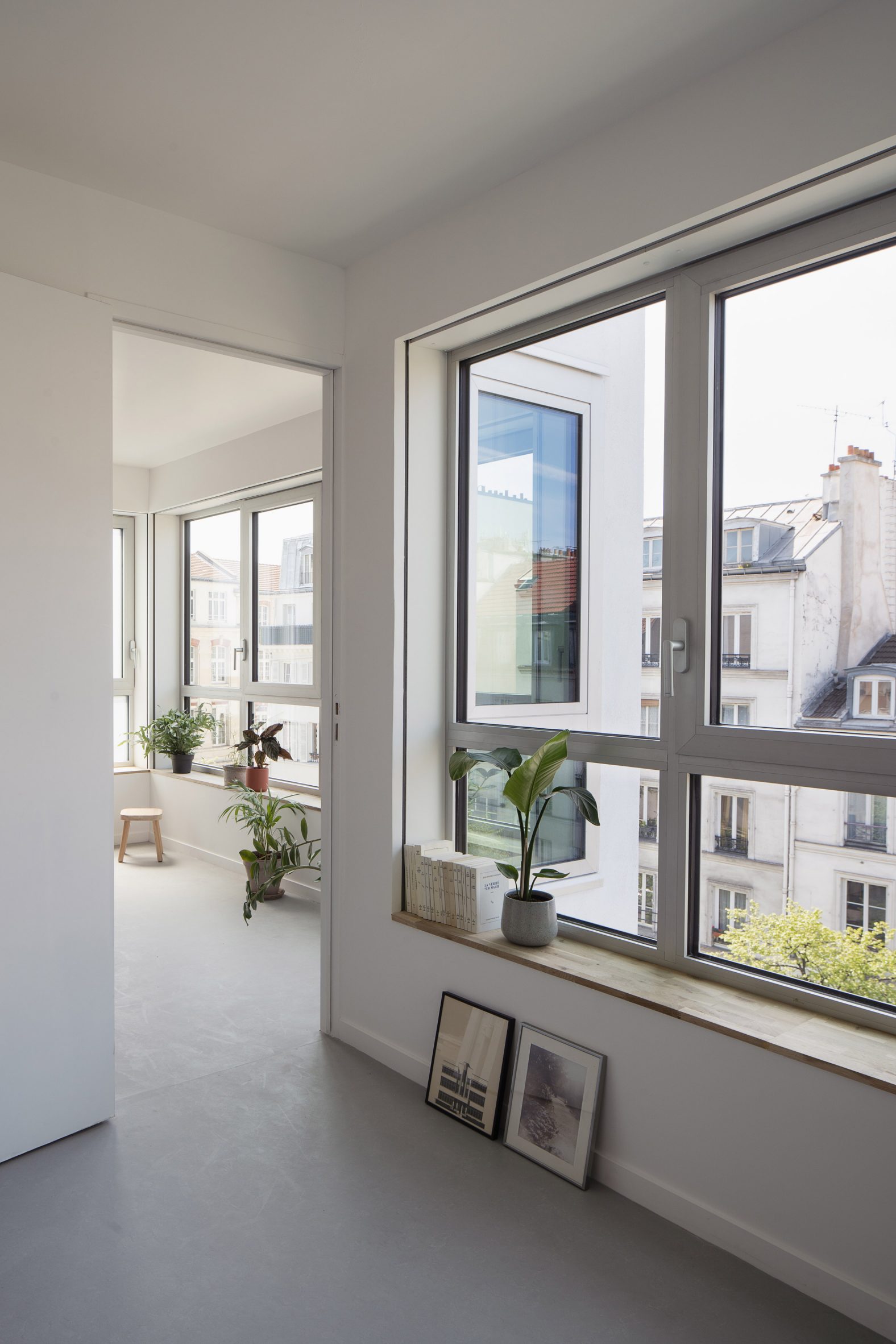 The French government recently announced plans for legislation that will ensure all new public buildings are built from at least 50 per cent timber or other natural materials.

According to the studio, the building was designed before the law was put forward but is intended to provide an example of good practice regarding the use of hempcrete.

Barrault explained that he approves of the law as it encourages architects to explore innovative applications for sustainable materials.

“The law is interesting because it forces us to find alternatives to cement and concrete,” said the architect.

“It also proposes to find new links and complementarities between different sectors of construction, and between natural materials.” 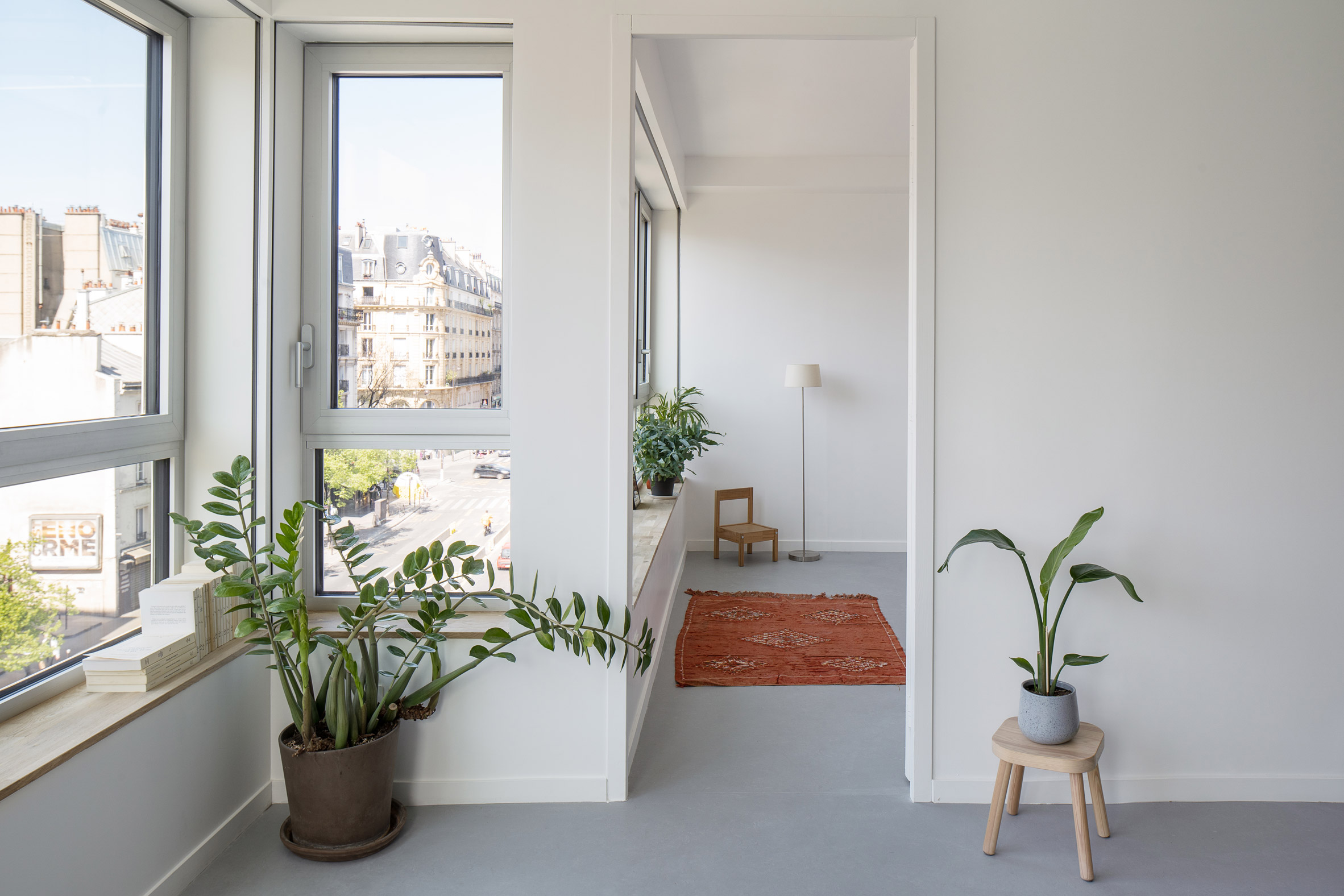 The timber framework of the building at Rue Marc Dormoy is made from standard sections of pine that sit on concrete slabs.

Gypsum-fibre panels fixed to the inside of the wooden structure create a formwork into which the hempcrete is sprayed in layers, before receiving a coat of lime render. 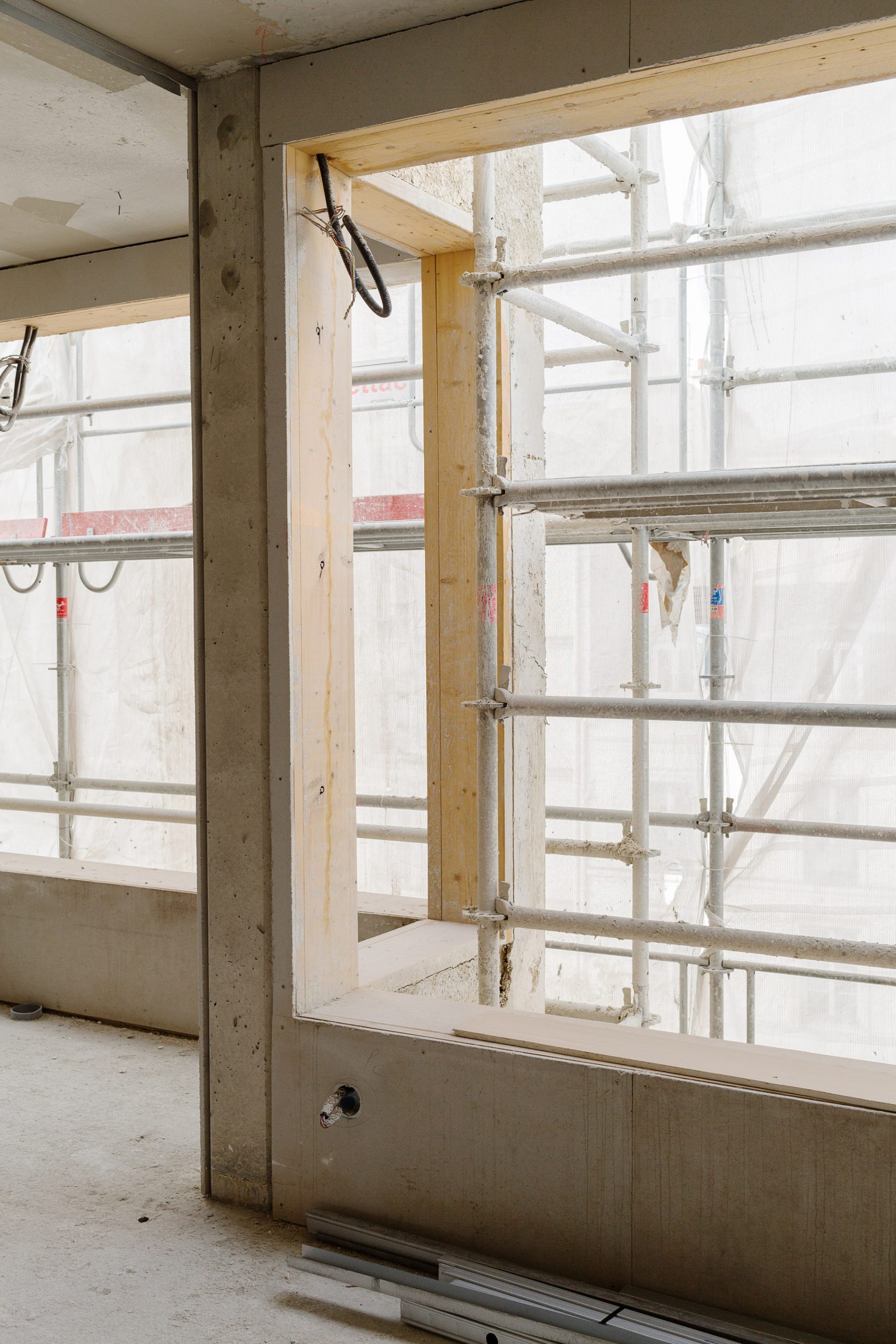 The building has a timber framework

Above the shops, each of the building’s floors contains three apartments that are cross-ventilated thanks to openings facing onto the street and the courtyards.

The bay windows looking onto the street optimise light and views from the main living areas, while spaces including the bathrooms and kitchens face onto the planted courtyards. 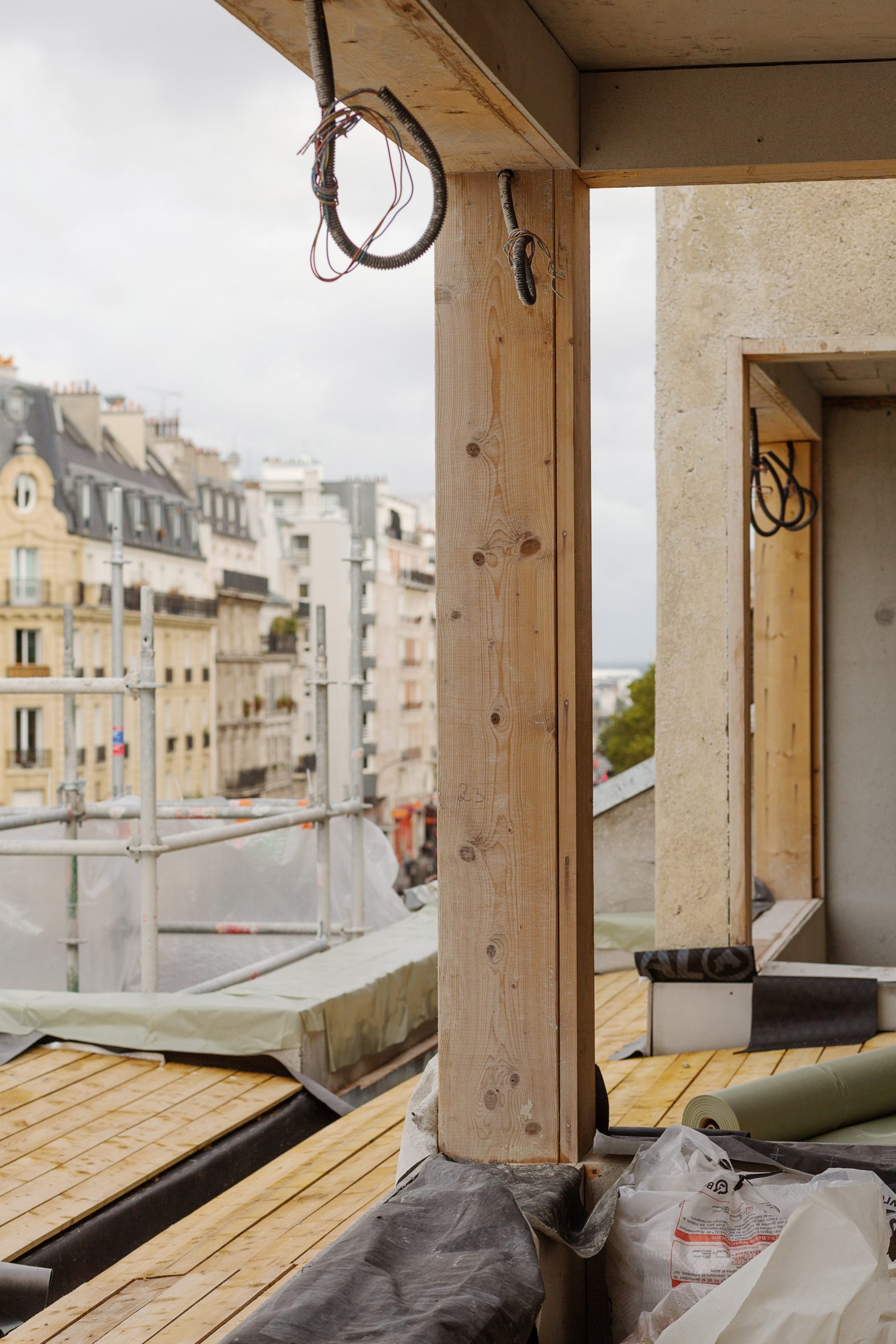 France is aiming to become a world leader in the use of bio-based building materials such as wood, hemp and straw, which have significantly lower embodied carbon than more conventional materials like concrete and steel.

The new legislation affecting all buildings financed by the French state aligns with the country’s Sustainable City plan launched in 2009, as well as its aim to be carbon neutral by 2050. 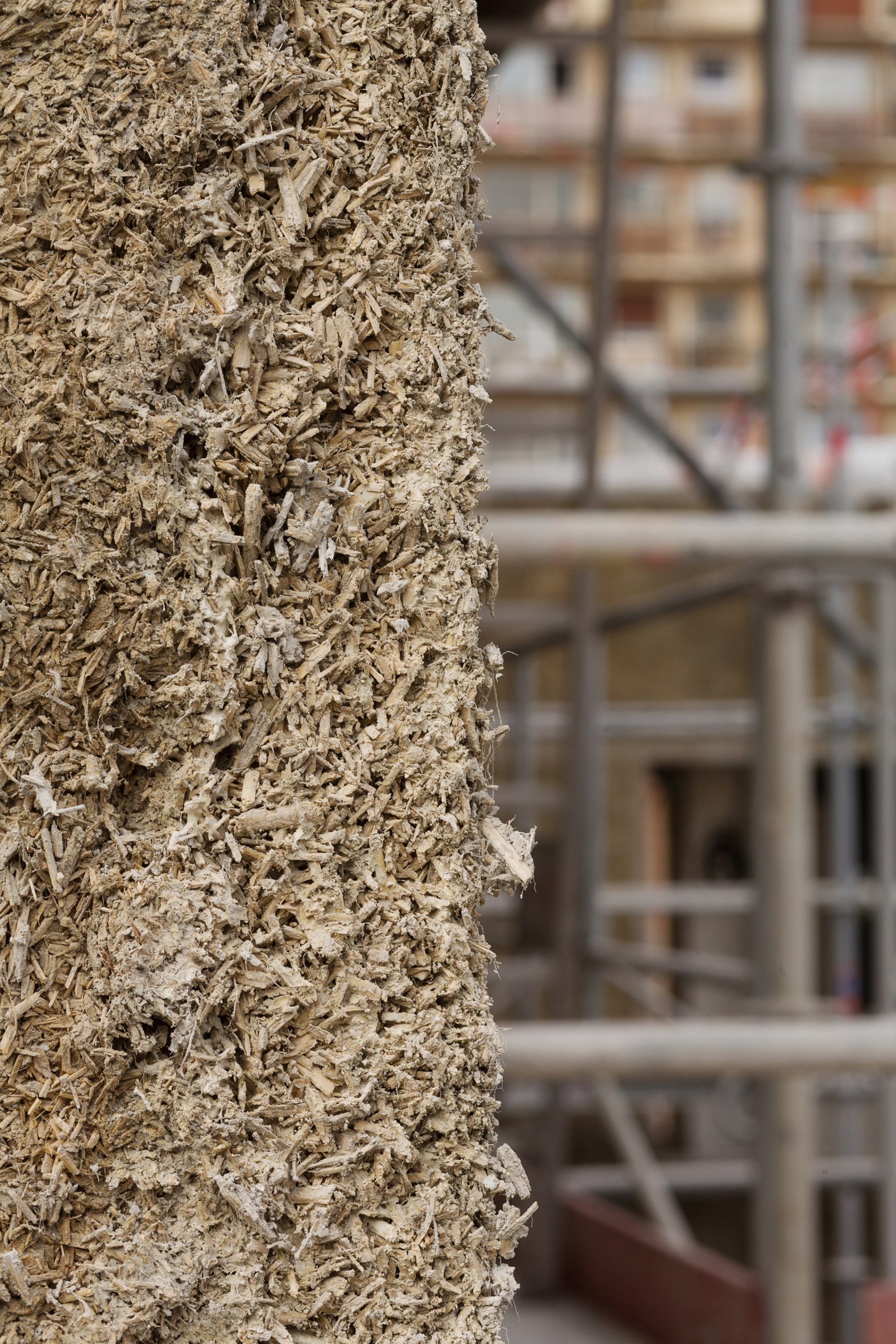 Hempcrete is made from hemp hurds

Another project that incorporates hempcrete was a house built by film producer Steve Barron using hemp grown on his own farm.

However, although Hemp is gradually becoming more common in construction projects Barron told Dezeen that UK laws are restricting its use in architecture.

Photography is by Giaime Meloni.