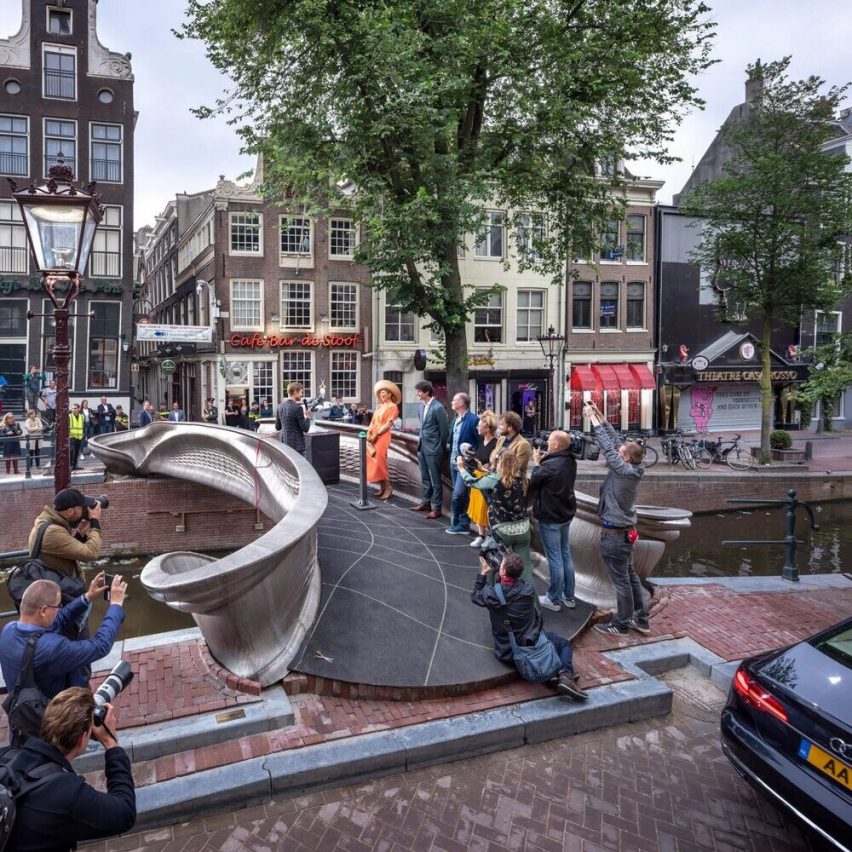 In this week’s comments update, readers are debating a 3D-printed pedestrian bridge that has opened in Amsterdam.

Joris Laarman designed the 12-metre 3D-printed bridge that has opened in Amsterdam six years after the project was first launched.

The bridge was fabricated from stainless steel rods by six-axis robotic arms equipped with welding gear and spans the Oudezijds Achterburgwal in Amsterdam’s Red Light district.

“More an art piece than architecture”

Readers are divided. “Beautiful object,” said Jack Mclathass. “More an art piece than architecture. However, I’d like to see more data about the alleged ‘improved’ efficiency and energy use against a comparable ‘standard’ steel structure. It seems to use twice as much metal and 10 times as much energy compared to conventional construction.”

“Interesting idea,” continued Alex, “but the bridge looks like an object and not a structure. It looks like it was randomly plopped onto the site and the connection to the existing surfaces is very poor, almost comical on one side – and quite dangerous for bikes, wheelchairs, and the elderly.”

Puzzello agreed: “It is a beautiful bridge and a fine example of technological exploitation. I appreciate that. However, you’d think that with six years of planning that universal access could have been worked into the design, especially in a bicycle city like Amsterdam.”

“For something that is designed in 3D, the step detail is baffling,” replied Hugh. “Surely the height difference is something that any half-decent survey would have picked up at the outset.”

“It looks like a Zaha Hadid airport,” concluded Mario Pascal.

What do you think of the bridge? Join the discussion › 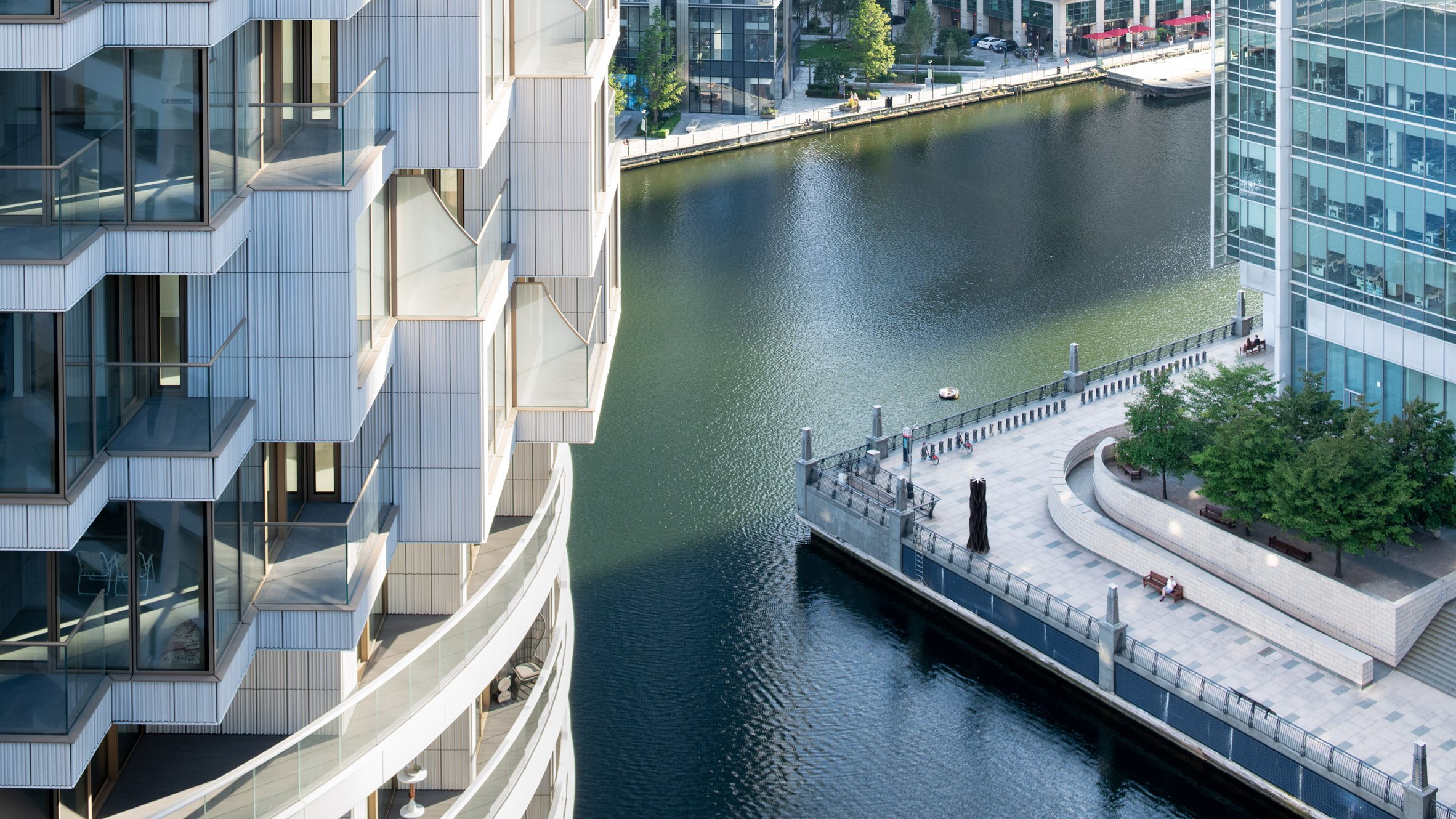 Reader says cylindrical skyscraper is “like a 1970s banker’s office”

Archi disagreed: “The overall detail and material usage are what I’d expect from the masters. Quite beautiful for a luxury high rise.”

“Yeah!” replied Ken Steffes. “Finally something different that’s not ugly and poorly designed. This is a beautiful building that will still be beautiful in 50 years.”

What do you think of One Park Drive? Join the discussion › 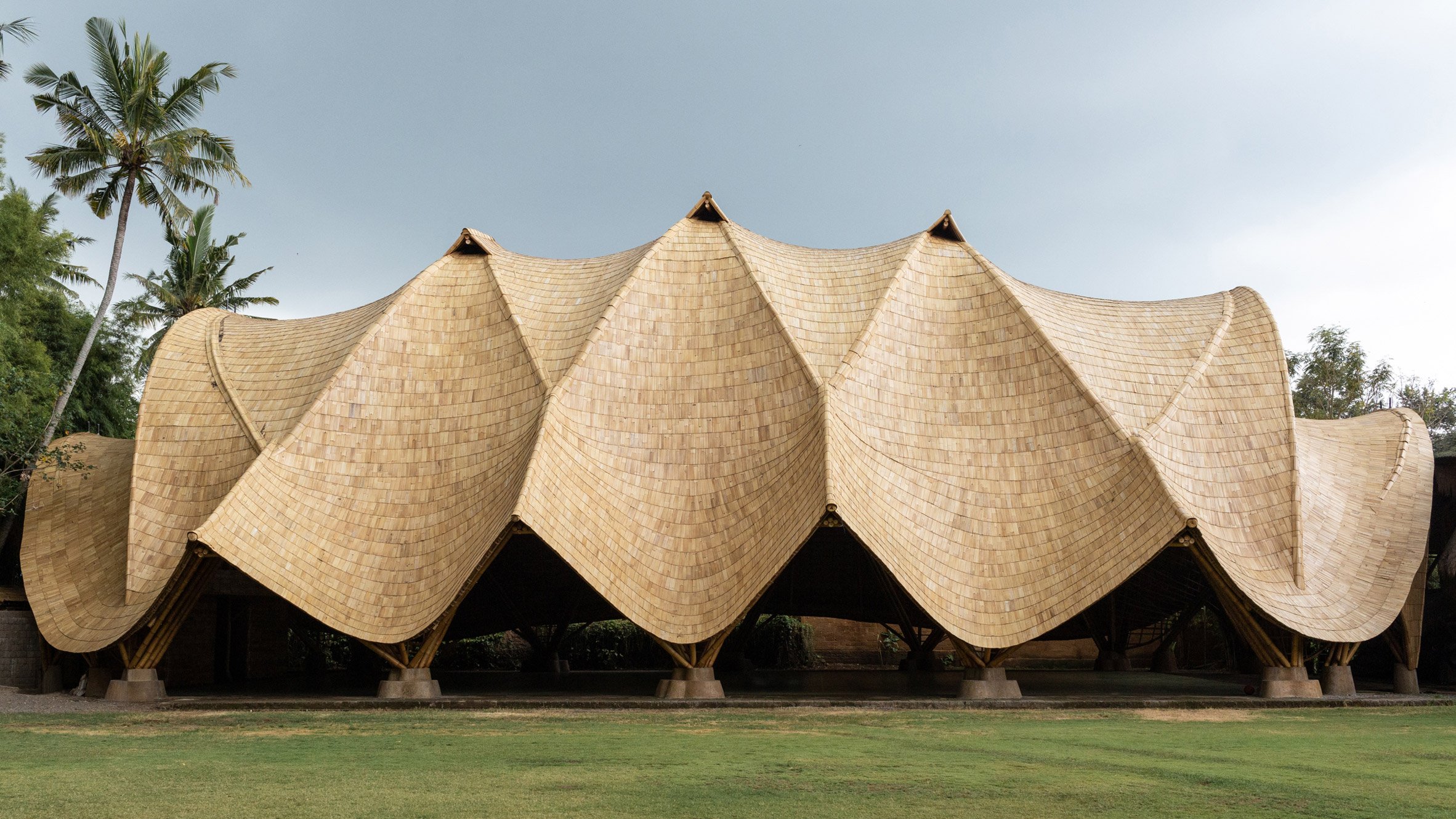 Readers are amazed by a gymnasium Ibuku has completed for a private school in Bali. It features a complex double-curved roof made entirely from bamboo.

“The most beautiful structure I’ve seen in a long time,” said M. “Art more than architecture, and thoughtful. Bravo all around.”

Archi agreed: “Incredible. I get a huge smile once a year or so when I see something completely unique.”

“What a stunning building,” added Orlando1a1. “The roof undulates with a sense of movement that is reminiscent of sea kelp, yet also conspires to look like a row of pith helmets.”

Are you impressed by The Arc gymnasium? Join the discussion › 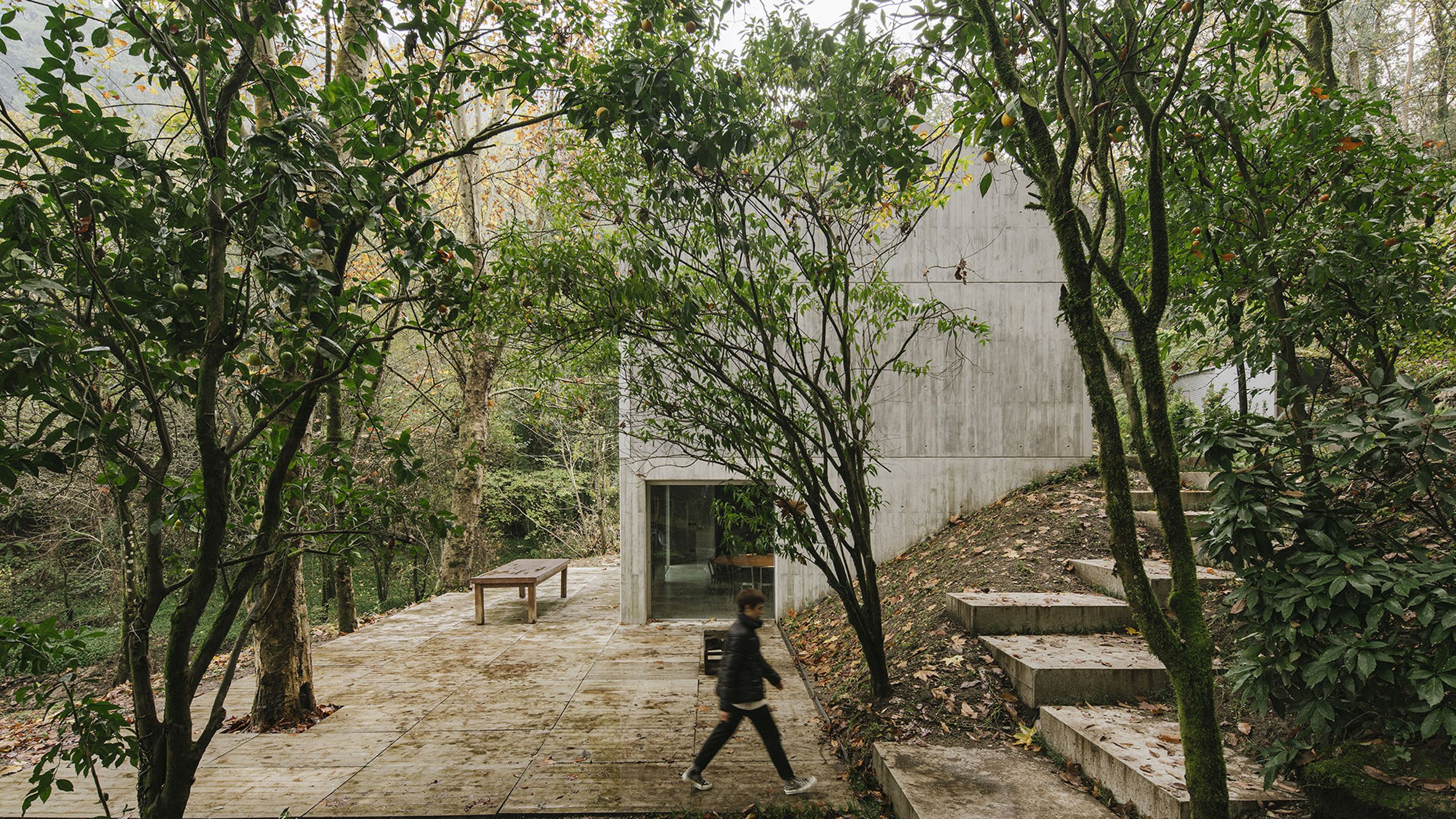 Carvalho Araújo has built a concrete and glass holiday home in northern Portugal, which the studio says is designed to blend in with its woodland setting. Commenters are confused by the house’s lack of windows.

“Bedrooms without windows, in the middle of a forest?” asked Tom. “I really wonder how anyone could arrive at this as a solution and consider it successful enough to build.”

“I don’t hate concrete as most other people do, but this is a bit too much,” added Apsco Radiales. “Yes, a bedroom without windows is not my type of a bedroom.”

“Wake up in your concrete hospital cubicle, walk down your narrow concrete tunnel, and sit on a sofa to stare at a concrete wall,” concluded Le Ego.

Are readers being harsh? Join the discussion ›

Dezeen is the world’s most commented architecture and design magazine, receiving thousands of comments each month from readers. Keep up to date on the latest discussions on our comments page.

The post Commenter says 3D-printed bridge "looks like it was randomly plopped onto the site" appeared first on Dezeen.