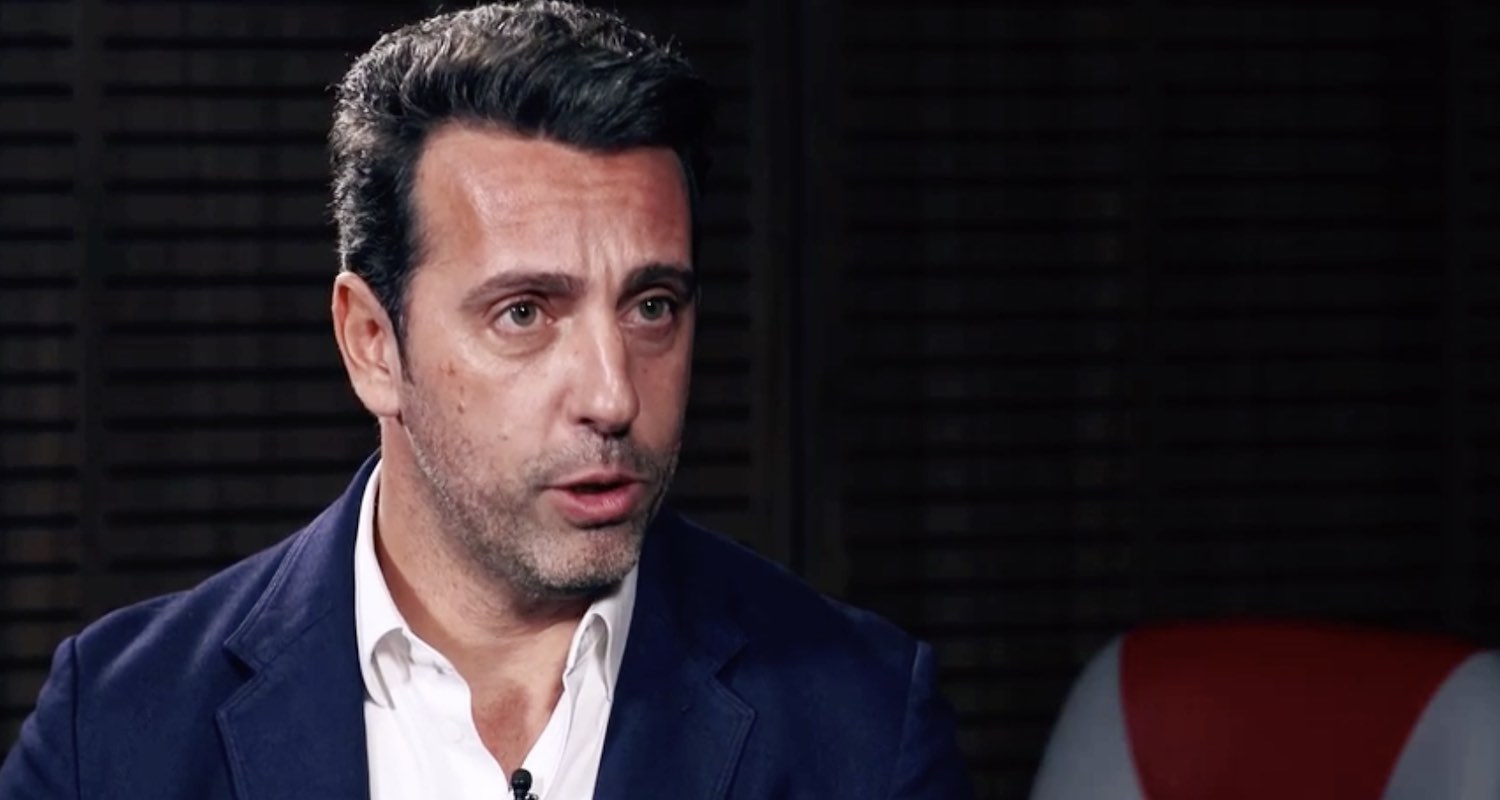 Morning, hope you’re having a good Interlull Saturday so far. There’s not a lot going on in terms of Arsenal news, but as I sat down to write this morning’s blog, Sky Sports have just dropped a lengthy interview with Edu.

You can read/view it here.

The first thing I’ll say is that it’s good to hear from him. I know this is probably – almost certainly in fact – a reaction to the disappointing outgoing window we had, and the fact we sit bottom of the Premier League, but if there’s criticism that we don’t hear from him enough, this goes some way to offset that. Interestingly, on the Arsecast on Friday, David Ornstein referenced some other Technical Directors in Europe who are more more visible in the media, holding press conferences etc, so while it’s not exactly that, he does go into a lot of detail about the window and the club’s transfer strategy.

He confirms that the young players are set to be the core of this Arsenal team:

“We signed six players who are under 23, which means a lot in terms of our planning. If you remember, in that period we renewed Bukayo Saka and Gabriel Martinelli a year ago with the intention to get that kind of base in the team. In a one-year period, we signed 10 players and seven of the 10 are under 23. We renewed seven players in this period as well, just in the first team. Five of the seven are under 23 as well.”

That aspect of it has been increasingly apparent as the season has gone on. He then talks about giving those young players more experienced guys to guide them:

“They are young but we have five senior players in the squad and in the first XI in Bernd Leno, Granit Xhaka, Thomas Partey, Alexandre Lacazette and Pierre-Emerick Aubameyang.

“Around those five we have very, very good, talented players around them which we believe in. Maybe people don’t, but we believe five guys can lead the team with the youngsters and with the new signings to go to the next step.”

The big question, is that the right kind of experience? Are these players the right characters to shoulder what is a substantial burden for a project like this. I think it’s reasonable to have some doubts about that, but maybe with that kind of clear demarcation, one or two might step up and flourish in that regard.

Meanwhile, this summer’s investment is, to use the buzzword of the moment, unprecedented and designed to put us in a position where we only need to make a couple of signings in future windows:

“Yes, and why? Because we made these kinds of decisions to create something to go to the future with.

I do think this part is quite interesting. Let me be really up front here: as a strategy, I like what we’ve done this summer. I would have hated to see us make the same mistakes, signing elderly, average players with no sell-on value – and let’s be clear, Edu has to take some responsibility for his role in facilitating some of those deals during his time at the club.

However, at some point, if you’re serious about changing, you have to do things differently. So I like this direction. I like that it is driven by the club, and can exist separately from the manager/Technical Director. I genuinely hope they make it work and get this team going because ultimately that’s what we all want, but if they can’t, the squad is nicely future-proofed for the next man/men to have a go.

All of that is positive. Here’s where it gets a bit tricky though. How many times in the last few seasons have we talked about a rebuild? How many times have we spoken about the need to knock it all down and start again? This is precisely that. But while the logical part of your brain can understand it, the emotional part of us as football fans finds it hard to accept when your team is bottom of the table, and yet to score a goal.

Edu is right to say that it’s a reality that we have to take this path and make these choices if we want to build for the future, but another reality is our league position. To be fair, he’s not blind to that, or the pressure. He refused to call for the dreaded P word: patience, but hopes fans will get on board we can see the team play and grow together with the new signings and some key players back from injury:

“I am not asking for patience because it is the word that everybody hates to listen to. I respect all the pressure. I came in from Corinthians and then the Brazilian national team where there is unbelievable pressure, just as here.

“I understand the situation we are in now is really tough. It’s not an excuse but let’s judge the team when they play together.”

Where I do think he’s a bit unconvincing is on the outgoing business, and I would have liked the questioning there to be a bit more granular. I think most people can see what we’ve tried to do this summer with arrivals, and are fairly positive about the new players – although it remains to be seen how quickly and how many of them will help the team this season. However, we spent a lot, didn’t recoup very much, and that is another way to judge the work of a Technical Director, even in a difficult market.

I’d definitely recommend giving this a read. Whatever you think of the work Edu has been in charge of, it’s a positive that there is more transparency, more communication, and also we now know from the horse’s mouth, so to speak, what the club wants to do to develop this team. When we see them play, when we see team line-ups/selections etc, our reactions and opinions can be based off that framework, so that clarity is useful.

Finally for today, Arsenal Women have had a very positive summer, capped by the arrival of American international and double World Cup winner Tobin Heath. What a signing that is. I remember Vinai doing an interview earlier in the summer to say that investment and development of the women’s team would not be overlooked despite what was going on with the men, so fair play – they have really backed that up with new players, a new head coach etc.

Later this morning, Tim will have a brand new Arsenal Women Arsecast for you, discussing this latest signing and much more, and here’s a reminder that tomorrow the women open begin the new WSL campaign against Chelsea. The game is taking place at the Emirates, so during an Interlull, why not get down to support them? Tickets are available, from as little as £7, so it’s a great chance for an Arsenal day out, maybe even creating a new generation of fans for the women’s team.

Right, that’s it. Have a good one, more tomorrow.

The post Edu on the summer window, transfer strategy, and building for the future appeared first on Arseblog … an Arsenal blog.