The new 2021 iPad Pro lineup is a fascinating one. On the surface, they are quite familiar, but the 12.9-inch model sports the fancy mini-LED display that’s great for HDR videos. Both iPads, though, come with a big change: the M1 chip.

That’s the same processor found in the modern MacBook Air, 13-inch MacBook Pro, and the revamped 24-inch iMac. This means the iPad Pro is truly a computer alternative, since it is running a desktop chip.

However, while the power is certainly there for the iPad Pro to do amazing work, it is still limited, but not by the hardware. Let’s examine the issues.

The Power of M1

The 2018 iPad Pro was the most powerful tablet on the market when it was released, and even the modest 2020 refresh kept the iPad Pro well above the competition. Adding the M1 chip to the lineup only adds value to it. If you’re still on the fence about getting one, the M1 iPad Pro is the perfect one to jump in with.

Read more: Introducing the New M1 iPad Pro: Everything You Need to Know

That’s because the performance on the 2021 iPad Pro is insane. Apple claimed the M1 iPad Pro would be 50 percent faster than the 2020 model, which is a huge leap from one iteration to the next. The average of several tests from Geekbench found that the 2020 iPad Pro with an A12Z Bionic scored an average of 1,126 in single-core tests and 4,720 in multi-core tests.

For those unfamiliar with benchmark tests, they are a tool used to test the performance of a computing device (laptop, tablet, smartphone) and its chipset. The higher the score, the better the performance. It doesn’t precisely describe everyday experiences, but it gives you an idea of how powerful a device might be.

As for the M1 iPad Pro, similar tests found the device scored 1,718 on the single-core tests and a whopping 7,284 for multi-core. That’s not exactly 50 percent, but it’s pretty dang close and a tremendous boost in power.

That means the M1 iPad Pro is a productivity powerhouse and is still hands-down the most powerful tablet on the market. It even beats out most traditional computers as well. However, power isn’t everything, especially when you can’t use it to its full potential.

The 2020 iPad Pro is a powerful and capable tablet, and you would be hard-pressed to find a single app that pushed it to the limit. Since Apple develops both the hardware and software for its products, the company can optimize them perfectly. On the other hand, competitors lack the time and resources to do this, since they work with other suppliers.

Apple also puts limitations on developers. The iPad Pro 2020 model has 6GB of RAM, yet Apple caps developers at 5GB of RAM to run their apps, according to a developer on the Procreate forums.

This may be frustrating to some developers, but it is a reliable way to ensure the iPad never crashes because of a single app. Users may notice some hiccups running multiple resource-intensive apps at once, but rarely would they experience something like a full-blown crash. 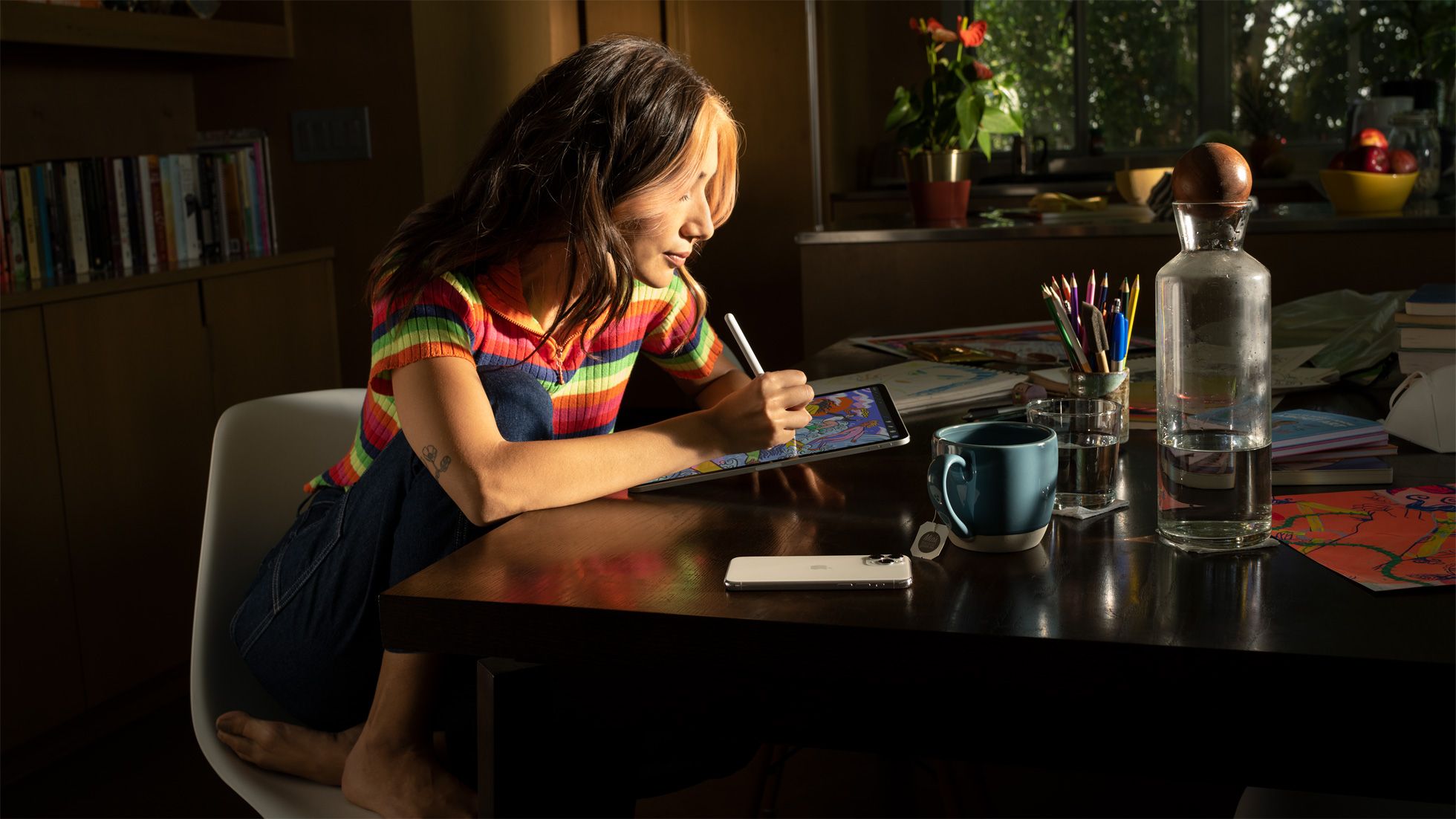 But now that the 2021 iPad Pro M1 models come with up to 16GB of RAM, what can you expect? What will be so demanding on these new iPads that it requires nearly three times more memory?

As of this writing, nothing seems to have changed. Apps like Procreate and LumaFusion will undoubtedly benefit from the increased RAM. Artists can enjoy using many layers in Affinity Designer and Photoshop, and video editors could even work with 8K video. But for now, that seems to be all the difference the M1 chip would make in the already powerful iPad Pro.

That’s because iPadOS is still fundamentally a mobile operating system. As a fork of iOS, it’s designed to be as capable and power-efficient as what powers Apple’s smartphone lineup. Even with all of the great iPad Pro accessories that push the envelope on what the device can do, nothing challenges what it fundamentally is.

Fans of the device have hoped that Apple will run Mac apps or even macOS on the iPad, but the company has not stated that it has any plans to do this.

What WWDC ’21 Tells Us About the Future

This brings us to WWDC 2021. Before the event, iPad fans were speculating endlessly about what would change for iPadOS. Rumors of Final Cut and Logic Pro making their way to the platform swirled endlessly. Then the event came at last, and while there were some nice changes announced, these weren’t what iPad fans were hoping for.

iPadOS 15 will bring some great changes to multitasking, and iPads are finally getting actual widgets and an App Library. Granted, those should have been part of iPadOS 14, but it’s better late than never. You’ll even be able to pull up notes in an instant by dragging in from the bottom corner. 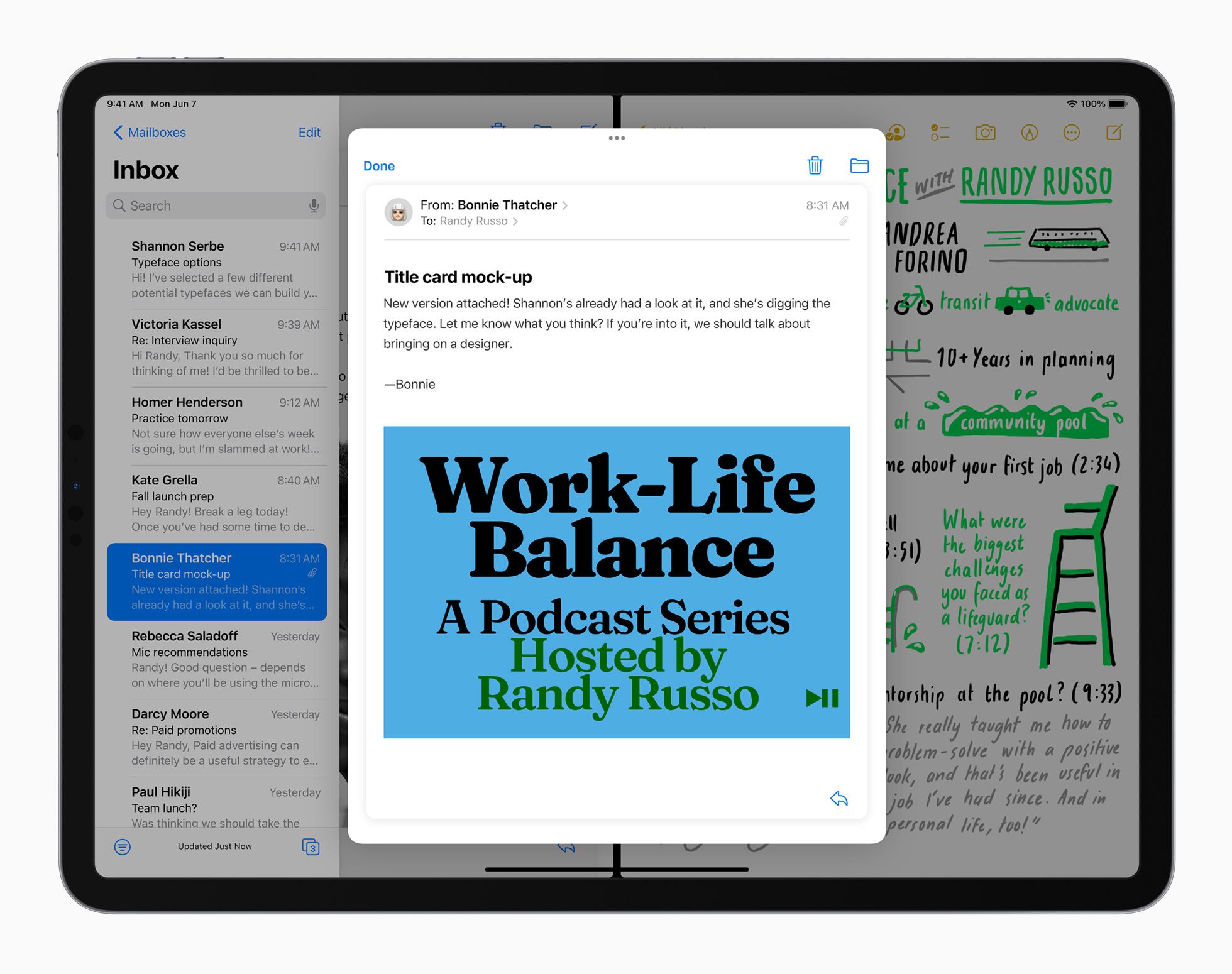 As cool as these features are, though, they was nothing compared to the slew of changes for iOS 15 and even watchOS 8. Comparatively speaking, iPadOS was swept to the side.

But it’s not all doom and gloom, despite what some fans might say. While Apple didn’t announce Mac apps for the iPad, it may have done something better. Swift Playgrounds—Apple’s app for helping developers learn the programming language—will now let its users build apps on the iPad itself.

That seems obvious at first, since the new iPad has an M1 and 16GB of RAM. It’s more than capable of running apps in development, but it’s a massive gift for developers and consumers down the line. Apple has essentially offloaded app development onto the community, so we could soon see some awe-inspiring apps that utilize the M1 to its full potential.

That may be too far off for people to look forward to, but we still shouldn’t brush aside Apple’s announcement or take it lightly It could have major positive consequences for the iPad ecosystem.

The iPad Will Improve, but Slowly

The iPadOS we need still isn’t here, but it is closer than ever in many ways. Apple has given us an M1 iPad Pro, seriously blurring the line between tablets and desktop computers. As it stands, iPadOS cannot fully utilize that performance, but now that developers can create and run apps on the iPad, we’ll see some exciting and creative developments moving forward.

iPad users may never get Logic Pro or Final Cut, but we may get something even better from the robust iPad developer community. The iPad is primed to create a brand-new ecosystem of powerful apps, which will help make the product distinct from Apple’s other offerings.

For now, all we can do is imagine what is to come. Let’s just hope it will be sooner rather than later.