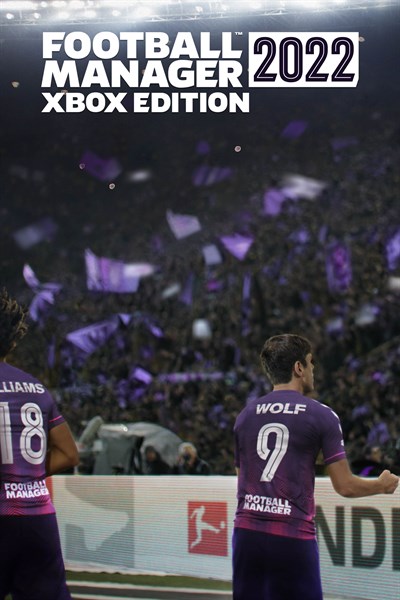 Football Manager 2022 Xbox Edition returns following last season’s successful campaign, allowing you to speed through the seasons as you compete for the game’s biggest prizes while still packing the quality and finesse of the full simulation experience.
New features, game upgrades and licensing updates will be revealed in early October across our social media channels. Get following to stay ahead of the game.
FM22 Xbox harnesses the power of Microsoft’s Play Anywhere technology, enabling you to seamlessly transfer your progress between your Windows 10 PC and any Xbox console using the same Xbox Live profile.
Game Description
• Manage in the globe’s biggest nations and leagues, delivering moments to remember for the fans at your club.
• Let your backroom team power your recruitment as you sign global superstars and identify the wonderkids of tomorrow that you can build a dynasty around.
• The most popular playing styles and formations from the footballing world are just a click away, allowing you to hit the ground running and speed through the seasons.
• Savour the Matchday action, timing your big tactical calls to perfection as you secure all-important victories. Alternatively, simulate your progress and speed through your fixtures by using the ‘Instant Result’ option.

NOTE: This game leverages Smart Delivery allowing access to both the Xbox One and Xbox Series X|S versions of the game.

Affiliate commission may be earned from Microsoft if you click a link and make a purchase.