Earlier this month, we announced that the original Psychonauts would be coming soon to Xbox Game Pass, and today we’re excited to share that Psychonauts is available now with Xbox Game Pass for Xbox Series X|S, Xbox One, Windows 10 PC, and on Android phones and tablets via Xbox Cloud Gaming (Beta). Psychonauts is a psychic-comedy adventure from the mind of Tim Schafer and brought to life by the strange game-wizards at Double Fine Productions. The game follows the story of a young psychic acrobat named Razputin, where you explore the fantastic realm of the inner mind – join the Psychonauts!

Originally released in 2005, Psychonauts has resonated with fans of all ages for nearly two decades thanks to its mixture of comedic storytelling and inventive level-design. As Raz expands his psychic abilities, he must leap into the minds of those around him and explore levels based on their personalities and neuroses. A happy-go-lucky Psychonaut agent’s mind is a constant dance party with secrets lurking in the unlit corners; the mind of a conspiracy theorist is full of twisting roads and pathways that loop in every direction imaginable. Combined with sharp wit and a cast of memorable characters, every step forward in Psychonauts is a step into the unknown and wonderful world of our minds.

Double Fine Productions is immensely pleased to bring Psychonauts to Xbox Game Pass, allowing diehard fans and new players alike to experience the classic that started everything ahead of the release of Psychonauts 2 later this year. Keep an eye on the studio’s Twitter for more information on a “book club” style series of streams that span an entire playthrough of the game and feature guests who worked on it back in the “old days.” 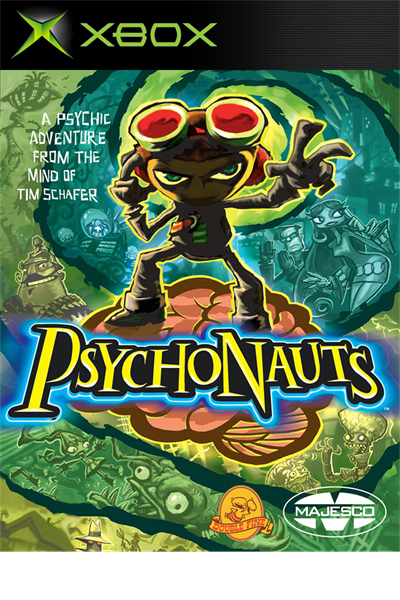 This classic action/adventure platformer from acclaimed developers Double Fine Productions follows the story of a young psychic named Razputin. In his quest to join the Psychonauts–an elite group of international psychic secret agents–he breaks into their secret training facility: Whispering Rock Psychic Summer Camp. But this is no average psychic summer camp! A mysterious villain has kidnapped Raz’s fellow campers and stolen their brains. Now he must use his psychic powers of Telekinesis, Levitation, and most of all his ability to project himself into the minds of others–to find the loose noodles and keep them from falling into the wrong hands. Fight mental demons! Uncover hidden memories! Sort emotional baggage! Explore the fantastic realm of the inner mind! Join the Psychonauts!

Related:Dungeons & Dragons Dark Alliance is Coming to Xbox Game Pass on Day OneLearn the History and Lore Behind TESO’s Gates of Oblivion with New TrailerBehind the Scenes of Zombie Army 4’s Latest Season of Horror