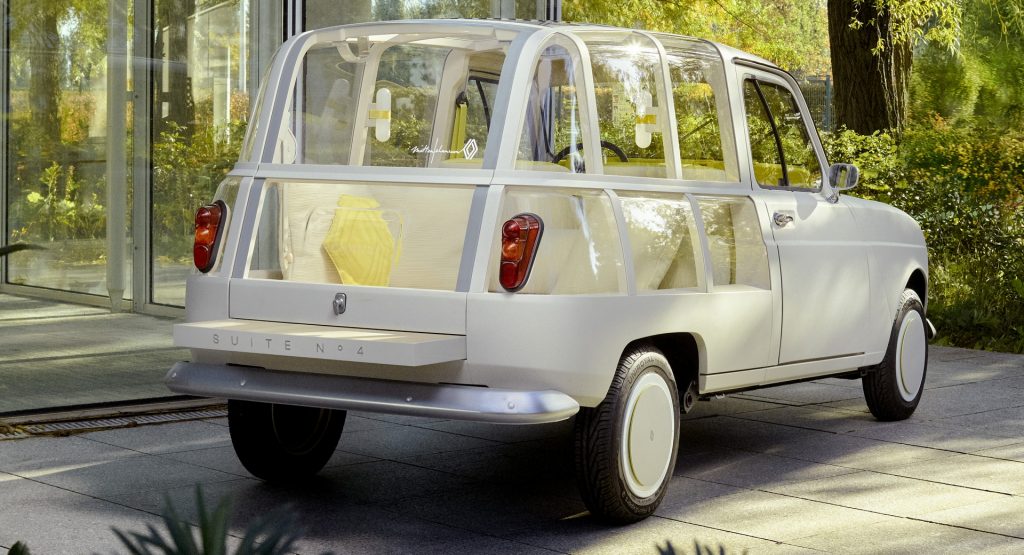 To celebrate the 60th anniversary of the Renault 4, of which more than 8 million were sold over 30 years, the automaker turned to French designer Mathieu Lehanneur to reinterpret the car. And what he delivered is a fully electric concept inspired by chic hotels.

The Suite N°4 concept is based on the Renault 4L but trades in the rear body panels for polycarbonate windows to offer passengers plenty of light. The roof, meanwhile, is covered in transparent solar panels to help charge the fully electric drivetrain that replaces the standard engine.

To reflect the fact that it’s now electric, the model’s traditional grille has been replaced by a polished aluminum sheet to give the car a fluid appearance. The paint, on the other hand, is designed to look more solid. Coated in three layers, it’s supposed to look like concrete, a nod to the design trends in modern architecture. 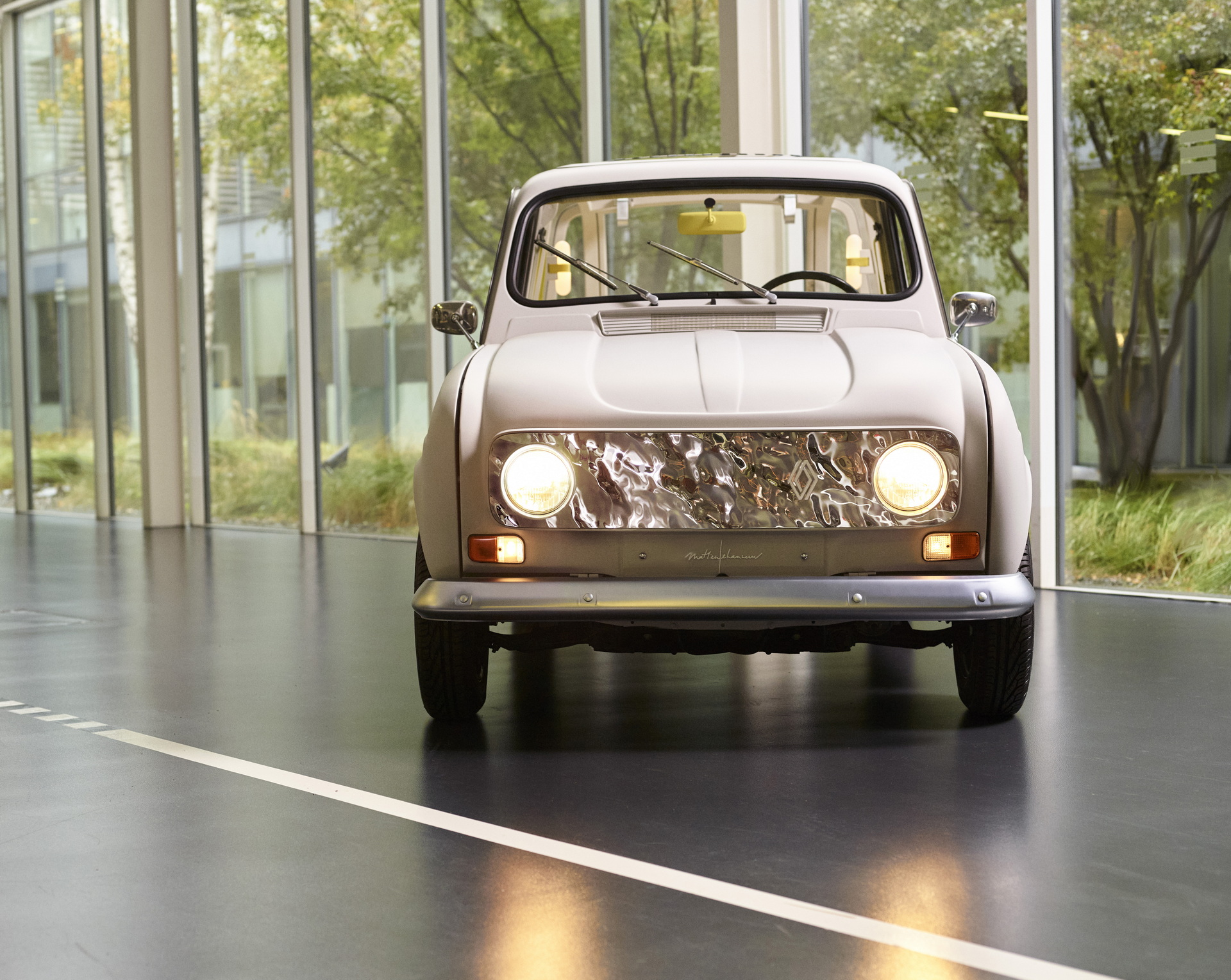 Inside, fabrics have been used to make the interior feel warm. The front seats and dashboard are covered in yellow velvet, while the back seats are finished in a thick, ribbed, chenille fabric to make them feel more robust.

The trunk has also undergone a big transformation, as it features a natural fiber floor covering and a wooden drawer that can be removed to provide sheltered seating when the hatch is open. According to Renault, all the materials were provided by high-end Parisian furniture makers. 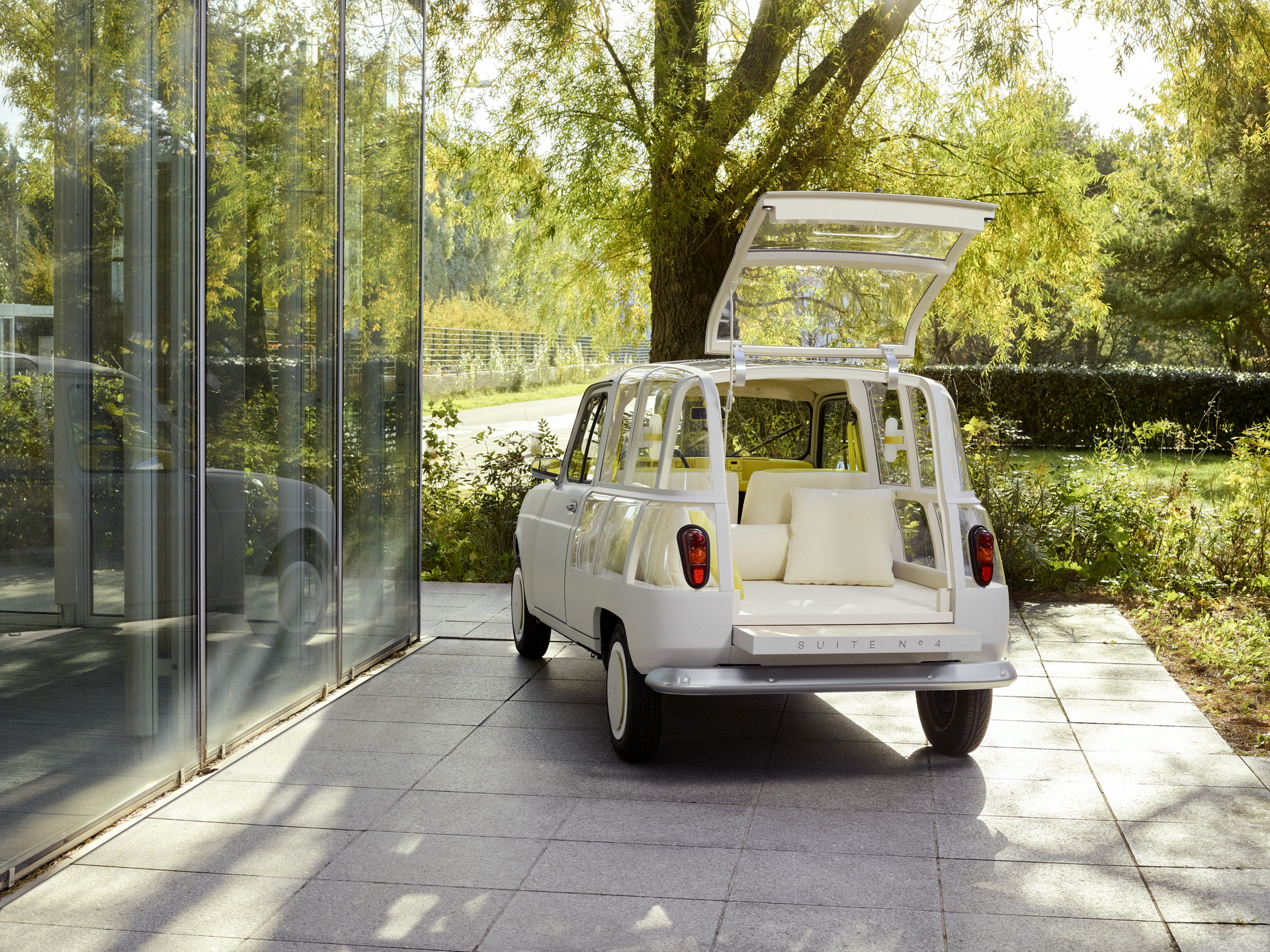 “I wanted to merge the worlds of cars and architecture to create an open-air hotel room,” says Lehanneur. “Even better than the finest palatial suite, the car is exactly where you want it to be, whether that’s by the sea, in the middle of a field, or driving around the city you’ve always dreamed of.”

Those interested in getting a glimpse of the oncept can check it out this weekend when it will be on display at the Maison & Objet exhibition in Paris. It will then join the automaker’s collection at Atelier Renault starting in November. 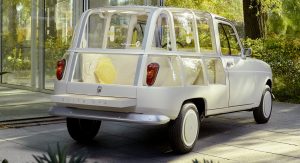 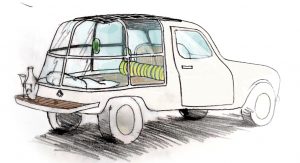 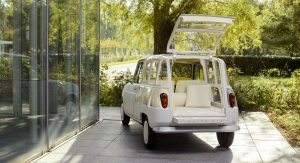 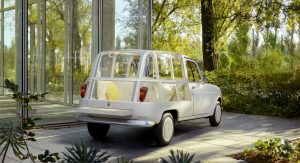 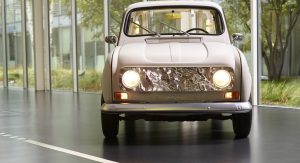