The current state of virtual reality adult video games doesn’t come close to reaching the medium’s full potential for sexual exploration. Yet the promise of intimacy — or at least rubbing one out — in digital virtuality remains one of tech’s most tantalizing possibilities for the future of sex.

“The VR porn game world is definitely getting more sophisticated. Much more refined gameplay, more experimentation, better physics, and more immersive experiences,” said Ana Valens, an adult games creator and journalist who covers adult VR games extensively. (Note: The author of this article knows Valens socially.) Now that the VR industry as a whole has settled on some basic, foundational best practices for game design, the adult VR community is reaping the benefit, too. “Even adult VR games that are primarily glorified sex doll games have far more advanced physics. In the latter case, it doesn’t feel like you’re just fondling a 3D model, but you’re interacting with a real person…[like in the] immersive dungeon game Primrose Dungeon.”

The adult VR games space gives an irresistible glimpse into what the near-future of embodied sexual immersion can be.

A week of testing dozens of titles in the adult VR games space gave an irresistible glimpse into what the near-future of embodied sexual immersion can be. But it also revealed glaringly significant cultural and technical barriers to entry that keep many on the outside of virtual reality’s walled garden. 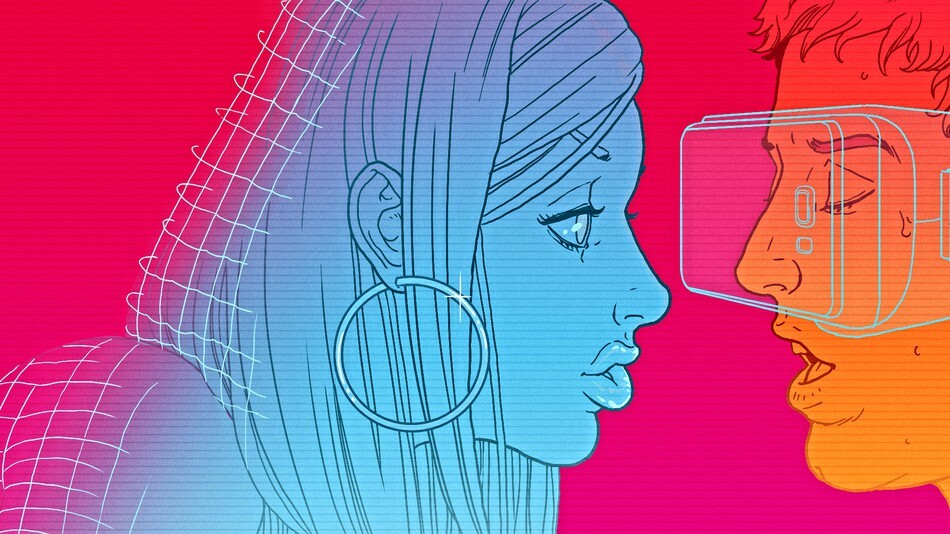 “There’s much to be said for how queer women can walk into VR adult games and bend them toward their desires,” said Valens, referencing the thriving queer modding community behind titles like Honey Select Unlimited.

What all three of our industry sources agree on is that adult games will play a huge role in VR finally going mainstream.

If you ask me, though, the experiences are worth it.

Oculus Rift, Quest 1 or 2, and HTC Vive are all solid options. Personally, we recommend a Quest. The standalone headset is reasonably priced ($299) and versatile, able to be souped up into the equivalent of Rift when connected to a PC via Oculus Link cable.

While there are increasingly more native Quest games you can play without a PC, a majority of current titles still require a computer high-end enough to run PCVR. Luckily, connecting the Quest to your PC through the Oculus PC app and a USB-C to USB-A cable is pretty easy.

Those using Oculus Link for PCVR games don’t need Side Quest, but should follow the steps for turning on developer mode from this guide on how to sideload games onto the Oculus Quest. You should also download SteamVR, the app’s home software for VR games. Steam is becoming a VR powerhouse in its own right, despite Valve’s previously fraught relationship with sex in games.

Please note: We were limited to selecting titles we could access through free demos, a VRPorn.com Premium account, ImagineVR, and review copies from creators. Many are works in progress in active development via support on Patreon, which you should consider doing for full access to your favorites.

Aside from what we’ve curated below, you can also peruse the ever-expanding library found on LewdVRGames, Itch.io’s adult VR games library, and Steam’s adult games library (which requires manually checking for VR compatibility). I don’t wanna change a thing about you, Marley
Credit: MARLEY BRINX / HOLODEXXX

Price: Free demos, with story mode for purchase for $5 itch.io or a $2.50 to $5 a month Patreon subscription 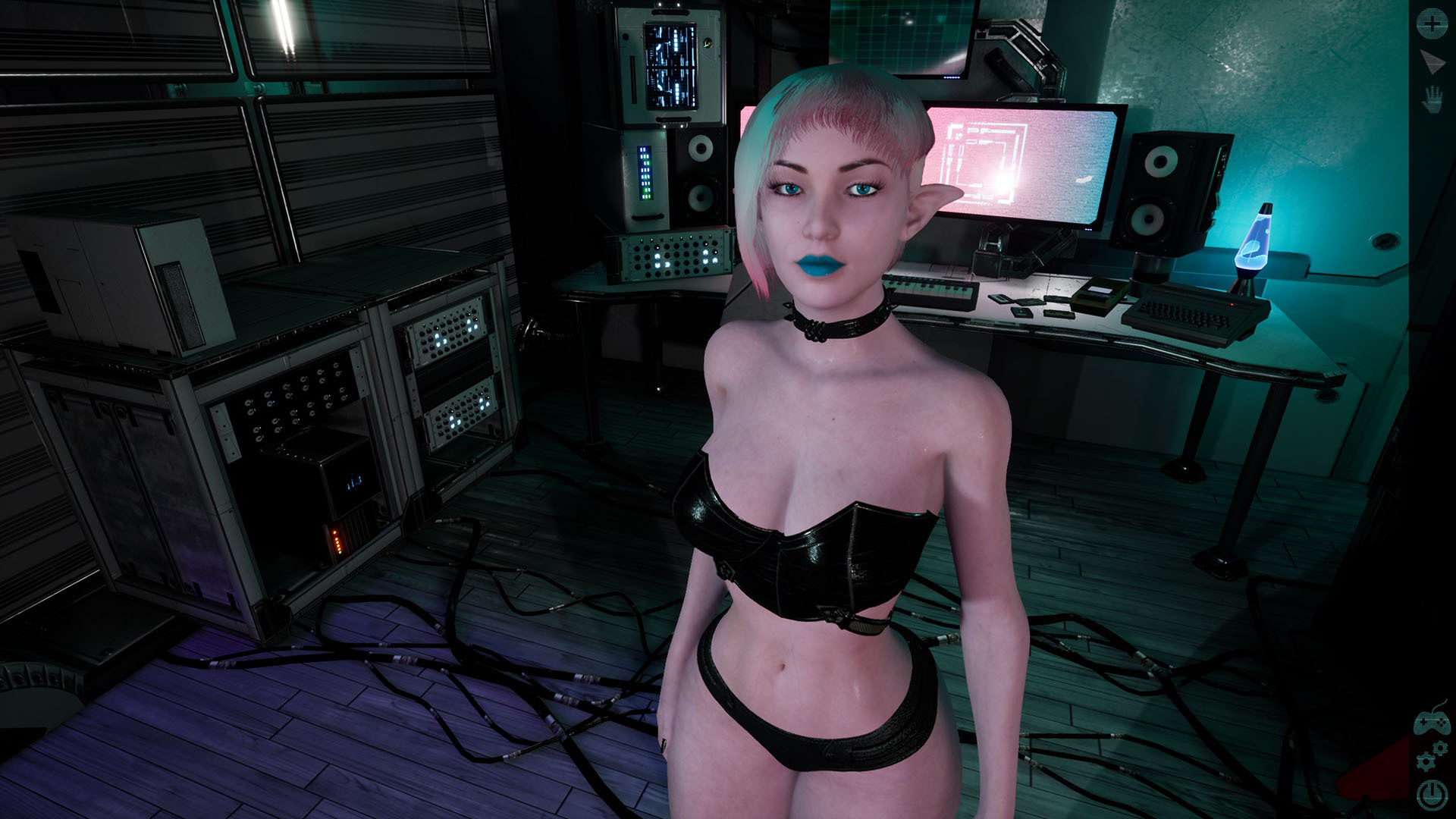 The full version of the game provides two main “work stations” or modes where you can customize practically every inch of each character you poof into existence. In the Biometrics Lab, you can conduct probing experiments, allowing for some light kink roleplay. The Cyber Masturbatorium chamber acts as a scene recording studio. Starting from scratch or from a preset, you can literally bend the characters to your will in every which way, choosing the positions and animations they simulate before recording it all for, uh, posterity or history or science or whatever.

Unlike Holodexxx and many others, this game does not assume your gender or genitalia. The character customization and scene selection options make it more LGBTQ-friendly, too. Kinksters might enjoy exploring the giantess preset. I didn’t try it, but Captain Hardcore also promises some Bluetooth-enabled sex toy integrations allowing players to attach a controller or Vive tracker to a Fleshlight that connects to a character model’s hip. Price: Free demo on Steam or Itch.io, purchase standalone experience for $12.99 on Itch.io or Steam, or get the latest (ever-evolving) $5 or $10 a month Patreon subscriber build

What it’s all about: OK, this isn’t a game. But trust me, it will save you lots of effort, time, and money. Instead of individually hunting builds and demos for each title, just buy a single month of VRPorn Premium. Then download all the games and deactivate it, since you got what you came for.

Aside from being curated by Soren of LewdVRGames, each game page gives essential installation instructions, as well as links to Patreons. The one caveat to note is that many of these downloads are modified builds with some restricted access — like a demo++, with content still blocked off for subscriber exclusivity.

I’d perhaps weigh your preferences between VRPorn’s library versus a similar Itch.io bundle, though. Itch.io’s might be double the price, but for the most part includes full access game builds. 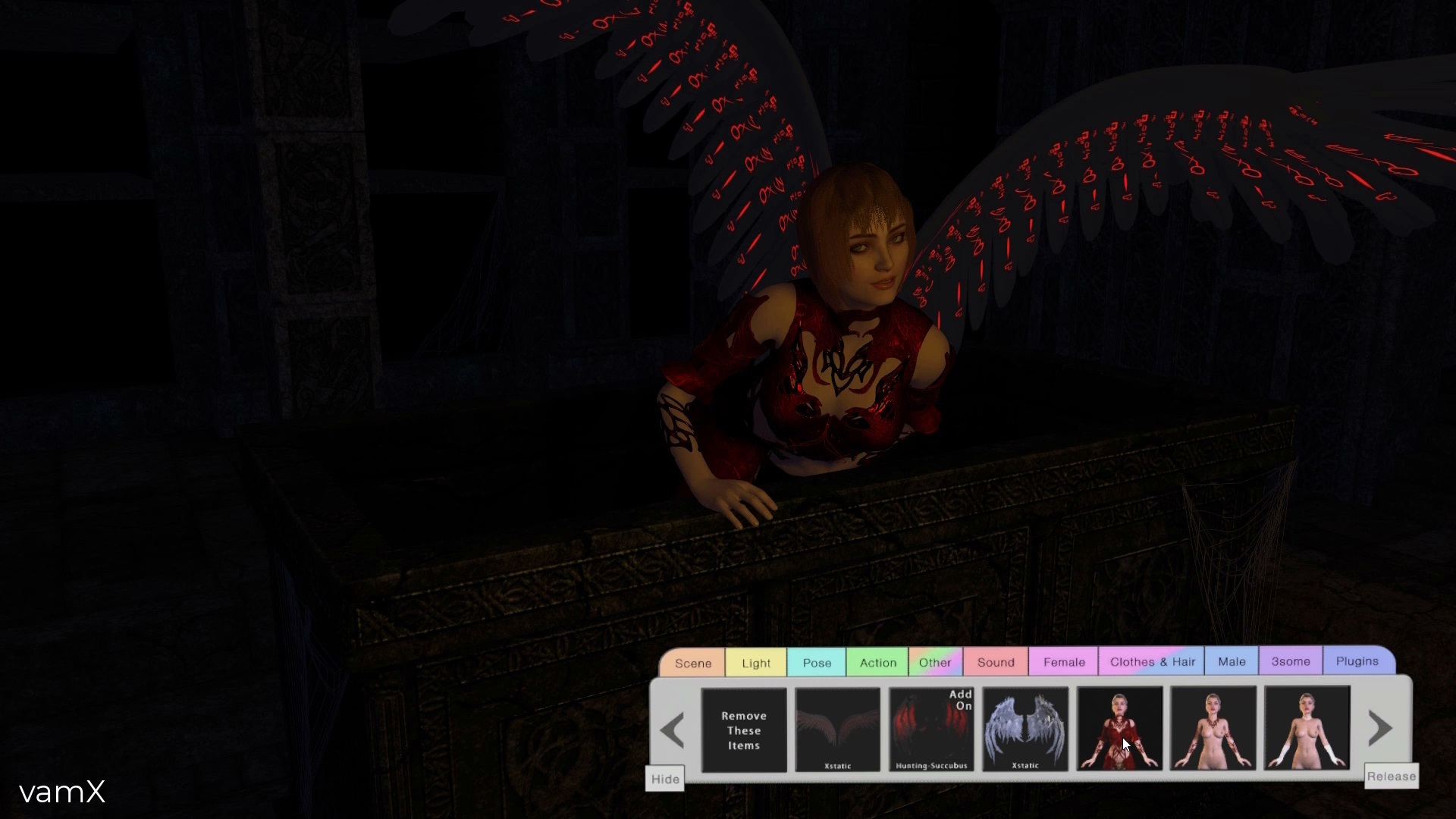 These are the watered-down Vamx menu options, if you can believe it.
Credit: VAMX / VIRT-A-MATE

Why it’s great: Ideal for creators, this is the most in-depth, most customizable and moddable sex simulator sandbox with an endless library of community content.

I suggest newbies who still want to try skip going cold turkey into Virt-A-Mate and instead opt for the additional download of VamX, a user-made add-on package designed for more simplified user-friendliness that even comes with an in-game tutorial. You can either get it with a VRPorn Premium subscription or Patreon subscrption. 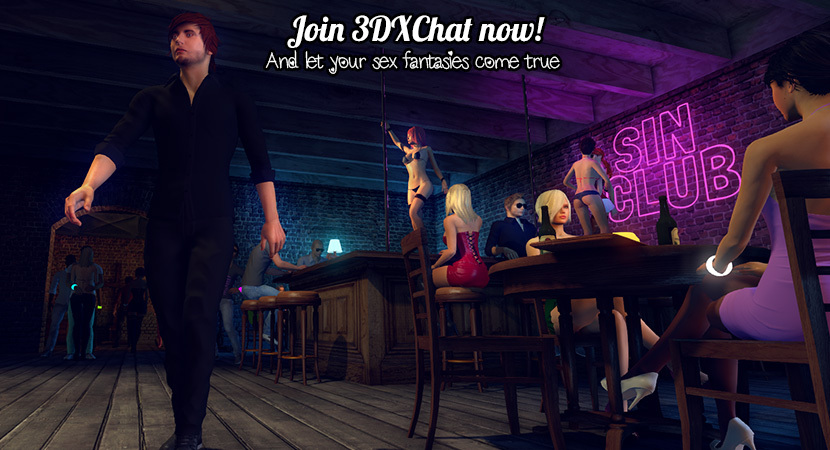 What it’s all about: 3DXChat is predominantly a non-VR game, but it’s also one of the only online multiplayer titles expressively made for virtual reality sex games. The VR can only be activated during sex, and can honestly look pretty horrifying because it knocks your avatar’s head right off its body to accommodate your headset’s POV camera.

Caveats aside, I could see 3DX Chat being a great option for long-distance couples, folks wanting to slowly bring their virtual sexuality or gender-identity explorations into the real world, or perhaps even people who have certain disabilities and disorders that cause obstacles for having IRL sex.

Price: Free demo, with online subscription starting at $9.99 a month

What it’s all about: If we let you in on one of virtual reality’s worst-kept secrets, will you promise to keep it on the DL? Well OK…VR Chat is low-key one of the fastest-growing, most beloved online multiplayer homes for lovers of adult virtual reality games around the globe.

While Valens wishes there were more adult online VR games like VR Chat, she cautioned that it “opens up a ton of ethical questions worth exploring around multiplayer sexual experiences, consent, and personal boundaries in virtuality.” She’s written more on these tricky boundaries in other multiplayer game spaces.

Sure, these virtual sexcapades very likely skirt the lines of one prudish corporate policy or another — as most valuable sexual expression online does. But we certainly won’t tell Facebook if you don’t. 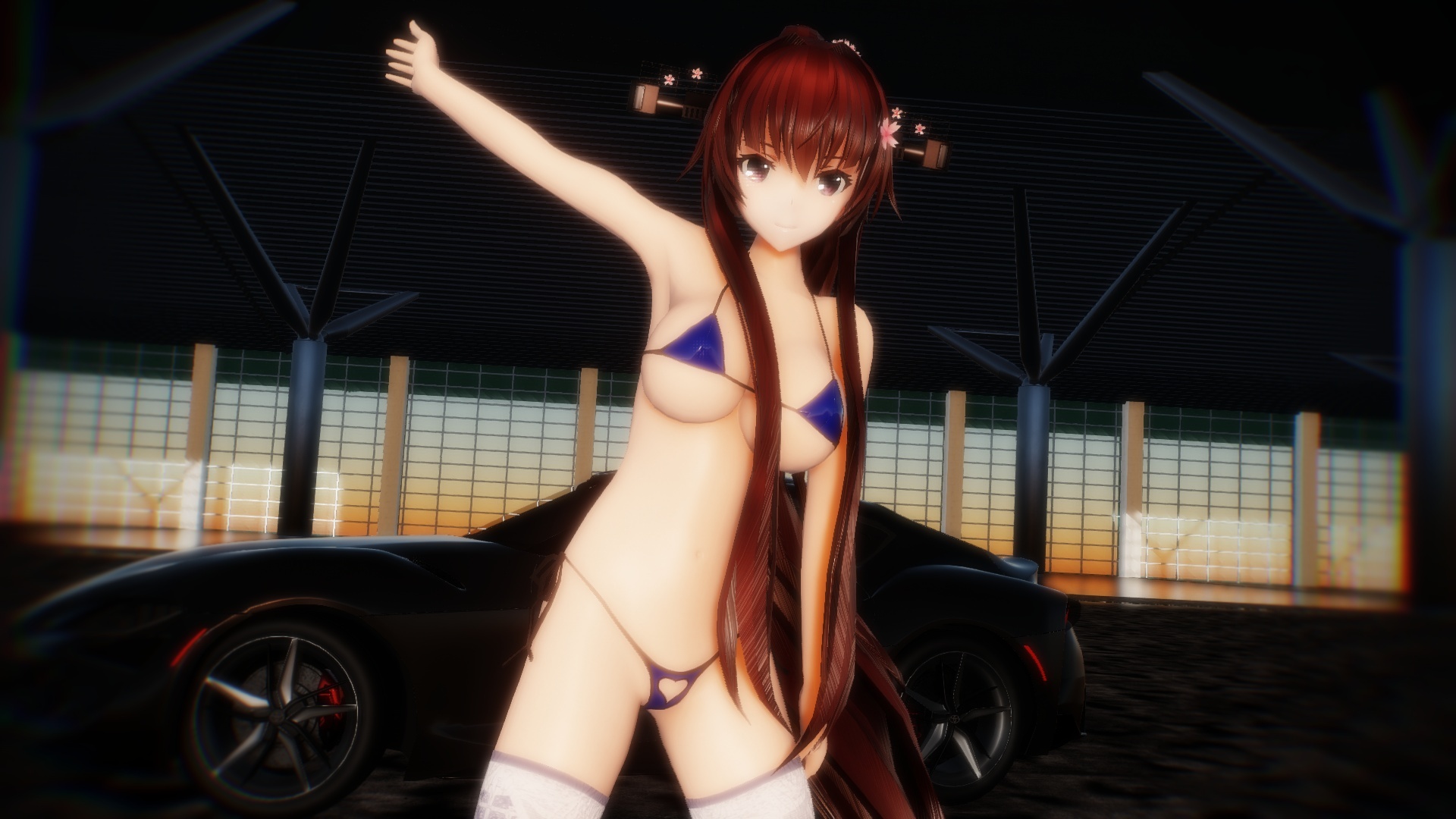 Why it’s great: Realistic sex is nice and all, but have you tried a waifu banging sex sandbox with hot anime girls and the Wii Fit guy instead?

With over 1,000 models — many based on animated hotties from popular games, movies, and shows — you’re bound to find one of your faves, from Princess Peach to Genshin Impact characters. There are also 400 animations to cycle through, with a lot of sexual variety.

Why it’s great: This is a simple, sexy, expansive free introduction into VR porn’s most popular category of photorealistic sex simulator sandboxes.

If you’re up for a free demo that’s more limited and censored, but with a tantalizing roleplay dynamic scenario, check out The Villain Simulator.

Price: Free demos for Origin and Operation Lovecraft, then an accumulative $36 of Patreon subscription support for full access to all games

Why it’s great: Gives users an adult VR playground for sexual discovery and sex toy connectivity with experiences that are inclusive of a variety of perspectives, orientations, genders, and desires.

It’s a shame, though, that not a single one of the nine fantasies breaks from the heteronormative binary, excluding explicitly trans, gender fluid, or women loving women perspectives.

Also, a word of caution on sex-toy integration: We’ve reported on the glaring connectivity issues with many of the Bluetooth-enabled sex toys advertised on Viro, and our favorite, most affordable and reliable sextech toy company, Satisfyer, is not compatible. Despite owning nearly all the high-tech toys advertised as compatible, I still couldn’t get any of them to connect. After some troubleshooting and help from Viro, the connectivity was suspected of originating with my PC’s poor BLE Bluetooth integration, which requires a cheap USB Bluetooth adapter that I did not have.

But just getting a preview of what the haptics do to the VR controller’s vibration have me enticed. I imagine this is another good game to experiment with alongside a partner who’s outside of VR and can stimulate you (or vice versa) during the virtual experience.

Price: Free-to-play download with one free preview experience, with the rest purchasable on Steam for $5.99 each. You can support the project on Patreon for bonuses.

Best for a specific fetish: Heat
Tweet may have been deleted

If you’re hungry for more, Valens recommends DragonlayerVR and the FurryVNE (formerly Yiffalicious 2). Or if you’re trying on a whole different fetish altogether, check out Resize Me, the giantess kink game. 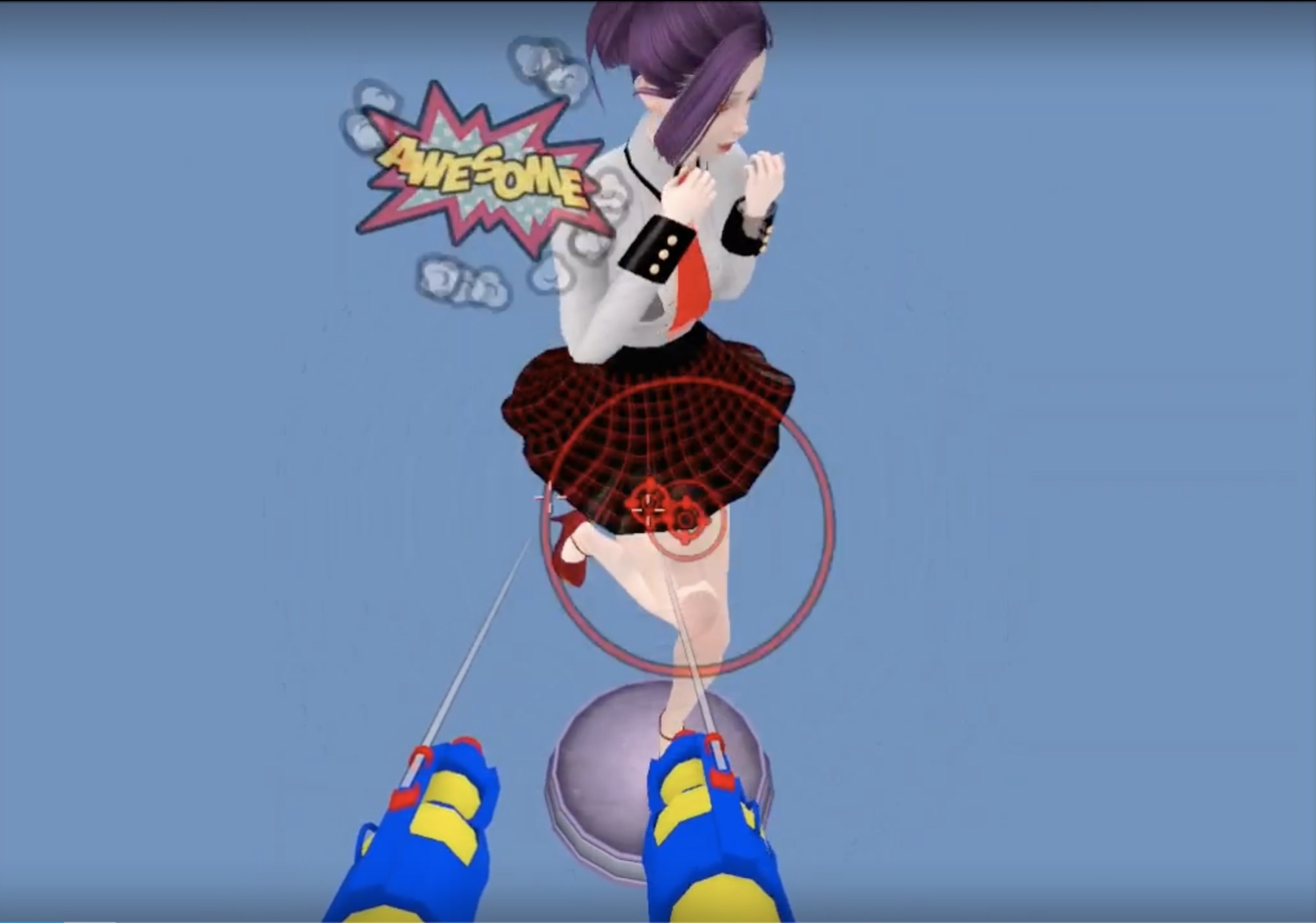 It’s like the early web all over again, but now we’re inside the computer’s browser.
Credit: vr ero-beat / rockhard vr

What it’s all about: While this list is sadly lacking in many native standalone Oculus Quest games, simple games that can be streamed directly onto your headset hint at a more accessible future for VR games that don’t require a PC. The VR Ero-Beat rhythm game in particular is charming and fun as hell, while still being pretty titillating.

“Because Facebook is very heavy-handed with its censorship, there’s a growing demand for WebVR games that can be played directly from the Oculus Quest browser,” said Soren. “These games don’t require a download so they are able to bypass sideloading headaches and Facebook.”