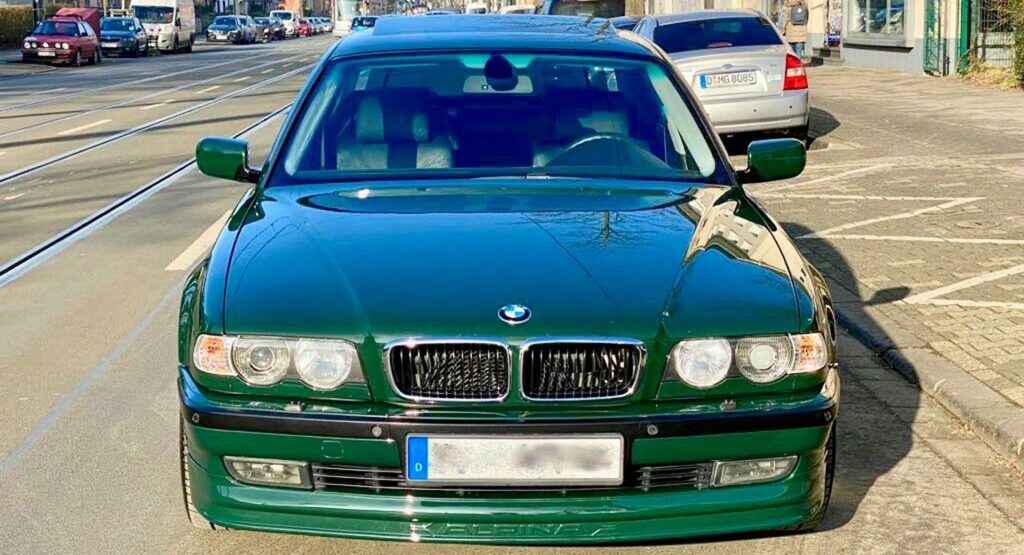 The vehicle you’re looking at is an Alpina B12 6.0 and it might just be one of the coolest models ever produced by the German company. 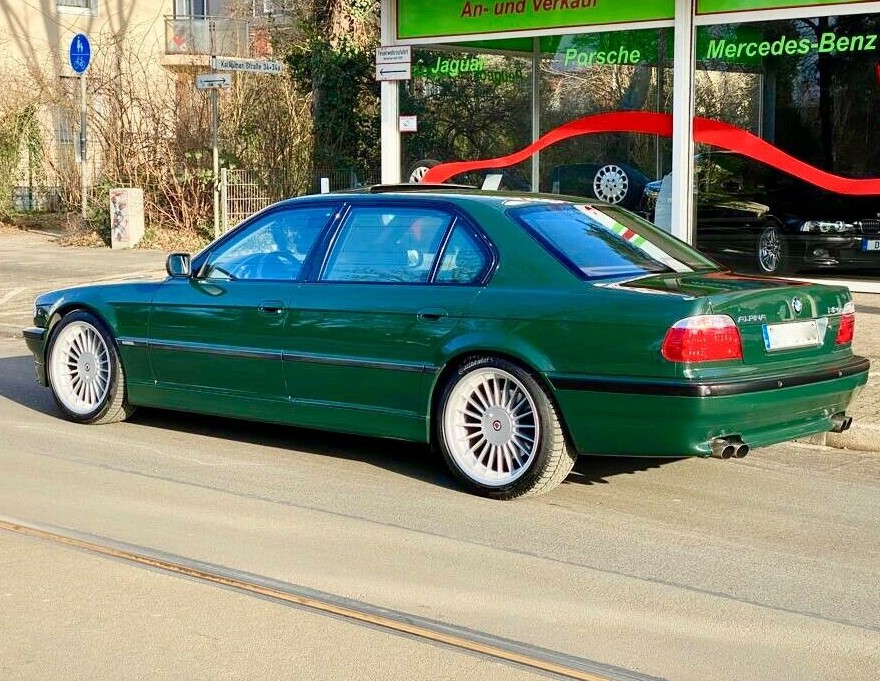 Beyond increasing the capacity of this engine, Alpina installed higher compression Mahle aluminum pistons, modified camshafts, Bosch Motronic M5 2.1 fuel injection, a new exhaust system, and new air intakes. The car was good for 424 hp and 443 lb-ft (600 Nm) when new and could hit 62 mph (100 km/h) in 5.9 seconds and continue through to 181 mph (291 km/h). It is understood that just 94 examples were made and this unit is number 9 and the sole example painted in British Racing Green.

The car has been listed up for sale on Mobile.de with an asking price of €50,009 ($56,900). It only has two previous owners and has been driven approximately 200,000 km (~124,000 miles). The listing notes that it has been well maintained through the years and comes outfitted with a host of desirable features including electronic dampers, double glazed windows, electronic steering column adjustment, and heated front and second-row seats.

While we’re sure the British Racing Green paint won’t be to everyone’s taste, it certainly makes the Alpina stand out. In addition, the cabin catches the eye thanks to green and blue stitched accents across the seats and in the trunk. 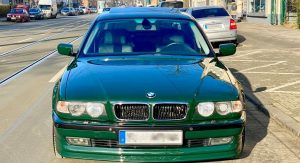 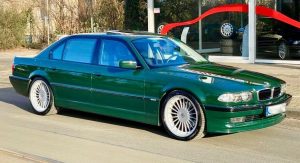 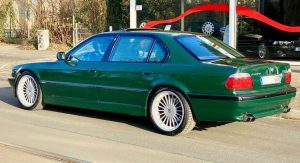 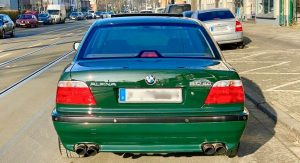 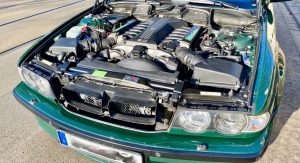 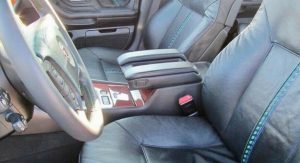 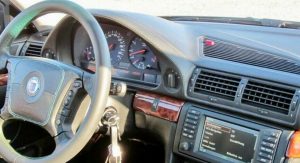 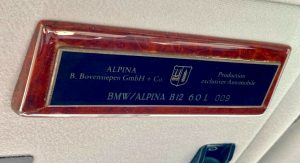 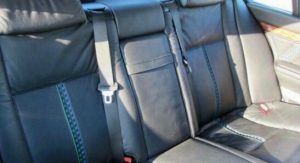 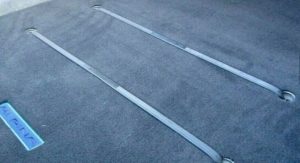 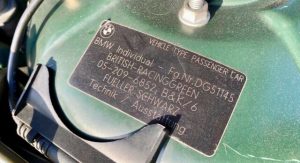